For almost a decade, Shazam has been the go-to application for people who found themselves asking the question; “what’s the name of this song?”

The app famously listened for signature riffs and vocals that its algorithm would match with the name of the song. It would then connect users to a service that allowed them to buy or stream the song they were looking for.

Despite the technology being nifty enough to catch a buyers’ eye, the real reason Apple is spending $400 million on Shazam’s acquisition is due to its huge cache of data.

The British based Shazam started operating in 2002 when it allowed customers to dial a number, let it hear the song they wanted to identify, and then receive a text with the information they wanted.

These simple origins succeeded in generating buzz and eventually funded the development of an app which remains one of the most downloaded of all time.

Over the years the novelty of Shazam’s technology became less impressive and more easily copied. The true value of Shazam comes from its sheer staying power in the market, by which it has amassed nearly a decade’s worth of user data.

A Shazam spokesperson was quick to point out the company’s excitement to be working with Apple and continue “delivering magic” to its user base. An Apple spokesperson referred to the acquisition as a “natural” combination of similar services.

It is unknown whether or not Shazam will continue to be distributed as its own app or be co-opted into Apple’s music service.

Snapchat and Spotify have referral deals with Shazam and it has yet to be seen if they will continue under Apple ownership. Neither Apple nor Shazam have revealed their intentions in this regard.

Since the start of iTunes back in 2001, Apple has been keen on dominating the world of digital music and has made substantial investments in the quest to remain relevant. Competing with the likes of Spotify and Google Play are the primary concerns for Apple’s musical ambitions.

With a digital user base that expects an increasingly personalised music experience, the cache of data from Shazam could prove to be a significant boon to Apple.  At the very least it can be expected that any continuing version of Shazam will now prioritise Apple services when making referrals.

After going through some redesigns of their flagship smartphone, Apple looks to start 2018 with some tricks up its sleeve.

Benefits of having explainer videos in your marketing campaigns

How to start an electrician business (Sutherland Shire, Australia) 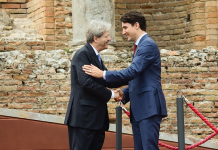 Why the upcoming G7 Summit could get awkward 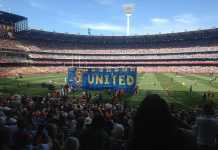 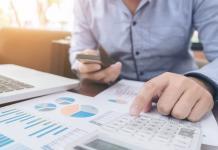 Does your technology support the new work from home culture?

How mobile, voice and social search are changing SEO?