Aiy Pittman is a mathematician who has founded Indigenous Aesthetics Mathematics & Linguistics Inc., also known as NU Maths. He is currently seeking funding at www.gofundme.com/mathematics-iaml-inc to further study NU Maths, and try to get textbooks written that will help to explain it to others. Aiy believes that his discoveries can revolutionise high level mathematics and physics.

Aiy what is your background in Mathematics?

My first mathematical influence was my father who was a map maker. During my childhood I remember my father always had a pen and paper in his hand, making mathematical calculations. I am a Native American from the Kolomoki tribe, and I spent a lot of time learning from the teachings of the elders.

At a young age I learned that numbers were important to our way of life as it relates to nature. We used mathematics in our ceremonial rites and rituals. Through the years I grew very passionate about math as I could see the majesty in the beauty of all things.

Mathematics became the sincerest expression of truth. I have studied mathematics all of my life, including into adulthood. I became a self-taught mathematician. For the past 27 years I’ve dedicated a great amount of time concentrating on solutions to the worlds unsolved math problems. In my search for solutions I discovered NU maths.

What is NU Maths?

Indigenous because my knowledge of this mathematics stems from the way the elders from my tribe taught me to count as a child. I learned to count from zero as opposed to starting from the Number one. Aesthetics because NU Maths creates a pattern that is perfectly symmetrical and aesthetically beautiful just like everything else in nature. Mathematics because it is the Universal language in existence. Linguistics because this is the law that we follow to communicate ideas.

NU Maths explains the process of the quantum field and allows the mind to expand with tetrahedral capabilities. We call it “thinking outside the Orb and beyond the box”. This allows humanity to explore the quantum world, or more precisely when you comprehend the way our NU numbers operate you will be able to see the correlation between the traditional number line and our original number line. Our new number NU (i) is the origin of all existing numbers. This brings an entirely new perspective to the world of science and mathematics.

What problems can be solved through your mathematical studies?

My mathematical studies have led me to solutions to unsolved problems in mathematics and to unresolved paradoxes in real life with real world applications and utilizations. One problem is defining division by zero, as an answer to this question will lead to calculator and computer errors being corrected, as well as human and technology limit expansion.

In other words NU Maths will update and upgrade existing calculators and computers, in turn updating and upgrading humans and other technology. This is important because it will allow for new advancements and discoveries. NU maths will take the scientific and physics community to whole new level of understanding the planet and the universe.

What are you proposing to study now?

What I am proposing to study is the implications of NU Maths as it pertains to quantum particles.

With the necessary grant funding we can hire a team of qualified mathematicians, physicists and scientists. We will need to engineer new scientific instruments that can help us examine the implications of the existence of new particles.

The new programming must be introduced into computers so that monitoring devices can be created to detect smaller units of matter. This will then allow further examination of the quantum field by using the formulas of NU maths. We anticipate that further research into the quantum field can lead us to answers of the origins of life and the universe as well as help scientists find cures to human illnesses.

Why do you need to hire a professional grant writer?

The NSF, National Science Foundation, is the largest funding source for research grants and contracts. This is my very first application for funding. I am applying as an individual researcher.

I recently established our corporation for Mathematical Research of NU Maths “Indigenous Aesthetics Mathematics & Linguistics Inc.” My wife, children and I are the only employees right now as we are in the start-up stages. We are planning to hire field professionals to expand our studies of the Mathematical research into the quantum field.

Our company seeks support from the public to fund the work of a professional grant writer to prepare the grant proposal presentation process. The grant writer will complete a flawlessly written proposal which will thereby be submitted to be reviewed by qualified NSF Mathematicians.

Upon review and acceptance of the fulfilled requirements we anticipate being awarded a Mathematical research grant to continue the formation of Indigenous Aesthetics Mathematics & Linguistics Inc. for NU maths research.

If you can raise the funds you need, what will be your next step?

Our fundraising goal is $25,000. Once we have successfully raised the funds needed our grant writer will begin the process for submission of our grant proposal to the NSF. After our grant writer is payed the remaining funds raised will go towards legal trademarks and copyrights as well as production and publishing of intellectual materials.

We would also be publishing my NU Maths book in which I introduce NU Numbers, NU Number lines, NU solutions to world math problems and NU orders of operations. A graphic web designer will be needed to create an official website for Indigenous Aesthetics Mathematics & Linguistics Inc. as well as prepare PowerPoint presentations to be presented.

NU maths will be visiting schools for curricular consultations with teachers and students of all ages from K-college. It is our mission to expand NU maths for the upliftment of humanity and advancement of humanity. 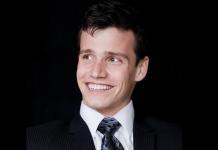 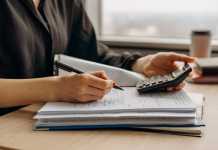