If you’re thinking about adopting a dog you might be wondering about the most popular breeds and why they’re so popular, every dog breed has its pro’s and con’s after all!

It’s important to find the right breed for you, whether you’re a young family, apartment owner, retiree or busy professional there’s a dog breed for everybody.

We’ve done our research on the most popular breeds below, read on below to find out more about the good and bad points of the 20 most popular dog breeds.

The most popular dog breeds in the world:

Their dense hard coat makes them easy to groom and look after and comes in golden, chocolate and black. Labrador retrievers are easy-going with humans and other pets and have a great temperament for training.

They are energetic dogs however and do require a lot of exercise so they are not suitable to all home environments.

German Shepherds are an excellent and highly popular breed of dog. Their large, muscular build and high intelligence make them an excellent working dog, they also make superb companions because of the loyal nature.

The breed is a popular choice for Police dogs because of their intelligence and ability to learn commands.

The Golden Retriever is a popular choice for a family dog because of its tolerant personality and friendly face.

Golden Retriever’s are cheerful and highly adaptable dogs that will go with the flow in almost any home environment.

Their longer coats mean that they do need a bit of grooming and they will shed a bit. They are also high energy in their early years and will require a couple of walks per day to keep them well exercised.

The French Bulldog has become steadily more popular in recent years and is one of the world’s most popular small dog-breeds. His distinctive bat ears, compact small body and short fur have made him a popular choice for city-dwellers.

French Bulldogs do very well in small apartments or houses, they don’t bark much or require as much exercise as many breeds of dogs.

Bulldogs (or English Bulldog) are a highly, you certainly can’t mistake their sour faces for any other breed. Whether you think they have faces only a mother could love or think their gorgeous, their friendly, calm personalities have made them one of the most popular dog breeds.

Bulldogs can get quite large and heavy but still believe they’re lapdogs. Their easy going, cuddly nature should not be mistaken for laziness, they will still need regular exercise.

Their short noses make them vulnerable to the heat so it’s important to be careful when taking them out in the sun.

Beagles make excellent hunting dogs as well as pets, they are known for their happy, quirky personalities.

They make excellent family pets as they do well with kids. They have a stubborn streak so it can take patience and creativity to train them.

They require regular exercise and have a high prey drive, so they are necessarily the best choice for homes with other pets such as cats.

Popular show-dogs, Poodles are a popular dog choice for those that appreciate style and aesthetics. Poodle’s distinctive curly coats make them instantly recognisable.

They make good family pets and enjoy the companionship of humans. Poodles come in three sizes, small, medium and large and are adaptable to different environments, including smaller apartments.

Poodles are non-shedding, making them a great choice for people with allergies.

Rottweiler’s were originally bred to pull carts, when you look at their muscle bound stature this becomes obvious. Although they are rather large, muscly dogs they are extremely mellow and intelligent.

They make loyal companions and have a strong instinct to protect their families, but don’t tend to be overly fearful or quick to go on the attack.

Yorkshire Terriers are hypoallergenic and great for people who struggle with allergies. Their coats to require some grooming and care however.

Yorkshire Terriers do not require as much exercise as some breeds but still benefit from moderate exercise.

German Shorthaired Pointers are a popular sporting breed, these high energy dogs make good pets because of their playful nature but might not be ideal for smaller children because they can be a little bit boisterous.

The German Shorthaired Pointer is a medium sized dog with an almond sized head and a distinctive sleek liver and white coat.

German Shorthaired Pointers require between one to two hours of exercise each day so they are a good choice for active households but do not adapt well to apartment living. If they do not get enough exercise they tend to become nervous and destructive.

Siberian Huskies are a striking dog breed with distinct facial markings and a thick coat. They’re looks have made them a popular breed is households around the world. There is more to them then just appearance though, they also have funny personalities and are known for their howling and vocalisations.

Siberian Huskies are also well-known for being escape artists and can find a way out of almost any yard, so it’s important to keep this challenging breed fenced inside. They do make very rewarding pets, but for first time dog owners they can be a handful.

Boxers are the ‘peter Pan’s’ of the dog world, they never want to grow up. Boxers’ have endless energy and love to play, they remain ‘puppies’ for three years – the longest of any dog breed! They are known for their clown-like behaviour,

This breed is good natured but stubborn and can be challenging to train. They do well with children, but might be too high energy for small children. They love companionship and attention from people, although they are sometimes wary of new people initially.

They can adapt surprisingly well to apartments, given the correct amount of exercise.

Dachshund’s are a popular small dog breed that were originally bred to be scent hounds and used to hunt animals like foxes and badgers. Affectionately known as the ‘sausage dog’ this breed has become a popular favourite for its cute appearance and personality.

Dachshund’s come in a variety of sizes and coat lengths but the most popular variety is the smooth coat because it requires minimal grooming.

Great Danes are very large dogs, they can look quite scary because of their stature but they are actually very good natured dogs and are excellent with children.

Great Danes are very mellow and don’t tend to be high energy, but their large size can mean it’s necessary to move breakables out of easy reach of their tails.

Great Danes are very gentle dogs and take well to obedience training (a good thing given their size!).

Great Danes do have a very short life span at only 8 years, which is something to consider for those thinking about adopting one.

The Pembroke Welsh Corgi is a popular breed of dog because of their adaptability. They are great in family homes, easy to train and adapt well to apartment living.

Corgi’s are vocal dogs and will bark but they don’t tend to be aggressive. They have a strong herding instinct which will sometimes kick in and cause them to nip at children’s heels.

Corgi’s require regular exercise, and tend to eat too much, so they’re portion’s should be monitored.

Doberman Pinscher’s are a relatively new breed but have nonetheless become popular because of their elegant appearance and loyal personalities.

Dobermans sometimes get a reputation as overly aggressive, but they are not, they are typically gentle but will protect their families from danger.

Dobermans need a lot of exercise and regular mental stimulation because they are athletic and intelligent.

Australian Shepherds did not actually originate in Australia, but are a popular breed there because of their working dog status and natural herding abilities.

These dogs require a lot of exercise and mental stimulation; they were bred for life on the farm after all so they are not the breed to choose for apartment living. They need much more than a walk around the block, requiring vigorous daily exercise.

Australia Shepherd’s tend to be good with kids, although they have strong herding instincts and might attempt to herd them.  A great breed for active families!

The little moustache on this dog and funny personality makes him a hilarious addition to the family. Miniature Schnauzers are fun, friendly dogs that require a lot of time and attention.

They love being with people and will follow them around throughout the house, they do well with children but not always with other dogs because of their terrier attitudes.

They’re barkers and natural guard dogs that will alert you to the presence of people.

The Cavalier King Charles Spaniel is a popular companion dog and loves to sit in your lap.

Cavalier’s love the company of people and make excellent therapy dogs. They are incredibly affectionate and will follow family members throughout the house.

They love their exercise, and their food. They have a tendency to overeat so it’s important to keep an eye on their weight.

This is a great choice for those looking for a lap dog!

Shi Tzu’s are friendly housedogs that love the companionship of people.

They are a great choice for apartment owners and do well with children as they were not bred as hunters, herders or guarders.

Shi Tzu’s can be a bit wheezy and don’t do well in the heat because of their flat faces. 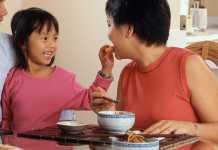