As talented as Will Smith is as an actor, not enough acting prowess in this world is enough for him to play a 23-year-old version of himself. Well, not any more thanks to visual effects company Weta Digital and director Ang Lee.

Cinephiles will next see the movie star in the film “Gemini Man” where Smith’s 50-year-old character is trying to be assassinated by his 23-year-old self.

“What I’m excited about is now there’s a completely digital 23-year-old version of myself that I can make movies with now. I was like, ‘Oh man, I’m going butt and gut on them.’ I’m gonna get really fat and really overweight … use the ‘Gemini’ Junior,” Smith quipped at the Paramount studio lot last Tuesday during a screening for the press.

“I’m looking for the movie that is only a digital version of myself,” Smith continued. “Will you be able to make a romantic comedy? Something that has no technology, science fiction elements at all. Will it be that great? I think one day it certainly will.”

“They’re using my performance to create the CGI elements,” Smith said about the technology. “What is so spectacular — and the special effects team has absolutely outdone themselves — is it’s not de-aging; the younger character is not me. That is a 100% digital character. They didn’t take my image and just stretch some of the lines. It is a completely CGI character in the same way that the lions in ‘The Lion King’ are CGI characters.

“I’m essentially driving the avatar, so as an actor and as a performer, to be able to make movies — as the technology gets better — to be able to make a movie with just the 20-year-old version of myself — we are on the cusp of being able to really see anything,” he continued. Netflix teams up with Samsung to help them in the streaming... 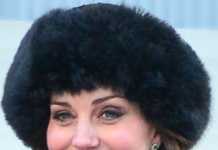 Kate Middleton reveals she is “broody” 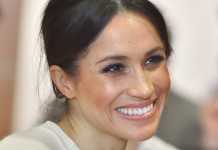 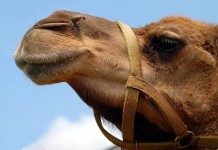 The many benefits of camel milk