Owned by Tru Kids and others, Toys R Us is a global toy, video game, baby product and clothing retailer with outlets across most parts of the world. The company initially began operating in April 1948 out of its headquarters in Wayne, New Jersey.

History of Toys R Us

The company was started by Charles Lazarus in its current capacity in June 1957, but traces its origins back to his furniture store for children – Children’s Supermart – that began in 1948 in Washington D.C. during the baby boom after the second world war.

After starting Toys R Us, he added toys and other kind-related products to his offering after receiving repeated requests from customers. The store changed its focus in 1957 and offered toys exclusively rather than furniture. The first store of its kind opened in Rockville, Maryland.

Lazarus designed the Toys R Us logo with the backwards R. This was a deliberate attempt to reflect the emphasis on children with a child-like impression. The original design between 1969 and 1989 was a brown roof with a side exit and front entrance, along with vertical rainbow stripes.

The company operated for over 65 years with nearly 800 stores in the United States and 800 globally at its peak. But these numbers fell over time.

As a chain, Toys R Us expanded across the world and was well known in the toy retail industry. It also expanded its collection to add kid’s clothing and baby supplies.

The company became a huge chain and was a symbol of the way American retail brands worked. At its peak, it operated 1,600 stores across the world. Known for its endless supply of toys and clothes, the company promoted its products through a host of expensive marketing efforts, along with a flagship store in Times Square with a giant Ferris wheel.

Lawsuit and disagreement with Amazon

Toys R Us got into a 10-year agreement with Amazon that allowed its website to redirect to the online retailer in exchange for rights to stock Toys R Us products exclusively.

But Amazon eventually opened up its site for other retailers to sell toys. This started a bitter lawsuit and the partnership ended. Amazon today sells toys worth over $4.5 billion.

Though Toys R Us was earning $792 million every year until 2017, it didn’t make adequate changes to compete with Amazon. There were also huge costs involved in running each of its stores.

Downfall of Toys R Us across the world

When it was doing well, the company was regarded as one of the most crucial toy stores globally. But everything from online giants like Amazon to lower priced retailers like Walmart made it harder to be profitable. With the rise of online retail and mass brands, Toys R Us started to lose its market share.

In 2005, KKR, Vornado Realty Trust and private equity firm Bain Capital purchased Toys R Us and paid $6 billion for it. While $1.2 billion was out of pocket, the rest of the money was borrowed. This meant that Toys R Us was responsible for paying back the remaining money to investors – leading to debt payments of nearly $400 million every year. This repayment was more than its annual profits and made it difficult for the company to stay afloat.

When the situation became dire and the company filed for bankruptcy, over 30,000 workers lost their jobs and no severance package was paid.

Amazon wasn’t the only reason the company failed. When it filed for bankruptcy in 2017, it was already drowning in billions of dollars worth of debt. This debt occurred as a result of greedy investors. But Bain Capital, Vornado and KKR, along with executives of the company, ended up earning $470 million off Toys R Us.

When did Toys R Us close in Australia?

In Australia, Toys R Us went into voluntary administration in May 2018 and completely shut shop in October 2018.

The Toys R Us and Babies R Us brands shut in Australia after it failed to find a local Australian buyer to run it. But it continued to remain a popular and well-received retailer across the globe, even though it suffered from years of losses thanks to the emergence of strong online retailers.

When the business shut down in Australia, there was a massive hole created in the baby-selling retail landscape across the country. But brands like Baby Bunting have aggressively expanded to make up for the loss and have cemented its reputation as a leader in the industry. The intended relaunch raises questions of whether the revival will survive in the current scenario.

Revival of Toys R Us

In October 2018, Tru Kids – the owners – made an announcement to re-launch the Toys R US operations in the United States because of the strong brand value it enjoys. Tru Kids is an entity that was created by former business executives. These executives have acquired the Toys R Us intellectual property and claimed that selling off intellectual property and the brand name at auctions would not achieve a better outcome.

Executives from the company flew to Australia to discuss re-opening both the Toys R Us and Babies R Us retail operations with potential partners. While there were no specifics of ongoing negotiations with local partners, the intent is to have an omni-channel approach using tech immersive and experiential strategies.

Despite the earlier misgivings and issues with the brand, there is renewed optimism surrounding the new vision based on modern strategies involving online selling and experiential retailing. Under the old structure, the Asian and Australian operations were separate from one another.

When the company went under, it held massive sales, including in Australia, to get rid of all its assets and products. This included everything from merchandise to store equipment like trolleys. There was a sense that everything was lost. But once the owners backed out of its branding auction, the company is looking for new ideas to revive Toys R Us and Babies R Us with a new identity. Some updates:

Toys R Us revival in Australia

In Australia specifically, it is unclear whether the 700 people who lost their jobs will regain it and whether all 44 stores will open once again. Tru Kids is looking for local partners in the region to identify what an Australian revival of the brand will look like, especially as it competes in a market that has survived without it for nearly a year.

The omni-channel approach that the brand intends to take – via digital, mobile and experiential – will extend to the Australian market. While there is no detailed strategy defined as yet, it’s more than likely that Toys R Us will be revived in Australia and the rest of the world in a smaller capacity than before. 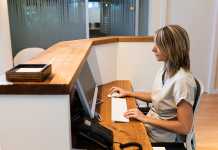 What you can do with yoga studio software for your business 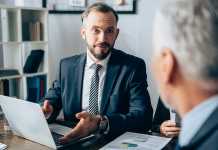 Eddie Listorti on the future of responsible investing: How ESG concepts are changing corporate behavior around the world