Twitter has proposed new anti-hate regulations across its platform, in an attempt to eliminate promotions of violence through its service. While Twitter has always stood as an advocate for freedom of speech, its liberty intentions draw a line at white nationalists and other hateful groups.

The social networking site has announced a new feature, which will trigger a warning before users can access pictures involving Nazi swastikas and similar symbolic imagery. In addition, its impending policies will disallow the use of any related photos in profile pictures.

As an extension of the site’s statement, any users found to be engaging with violent groups will be automatically banned from the network.

Twitter’s actions have already begun, with multiple accounts being shutdown throughout the week. Namely, an account owned by Jayda Fransen was cut, who was known for posting content that preached Islamic prejudice. Donald Trump had previously re-tweeted many of Fransen’s videos.

The social media site has proudly acted as an avenue for unrestricted dialogue since its foundation in 2006. Throughout the years, it attempted to maintain an impartial stance on any political battles or competing opinions.

However, recent incidence of harassment has resulted in public minorities ceasing use of the site. Allowing this degree of liberty has directly deprived factions of their right to free expression, which invoked the site to enact changes.

Twitter’s modifications also come as follow-on action from their commitment to public safety in October. Earlier in the year, the social networking site took on more responsibility for governing the online incidence of bullying and harassment.

As a result, the company has adopted a strong intolerance to racist, threatening or violent behaviour, placing a specific focus on non-government organizations. The site is currently being cleansed of unacceptable content, with many tweets being removed and users being expelled.

Twitter is attempting to retain its unrestricting nature as much as possible, with tweets still permitting most images. The new process instead requires users to pass through a warning screen to view them, with the hope of provoking more consideration before action.

Thus, the most limiting change for users is the stricter requirements of profile pictures. The Nazi swastika has been provided as the key example for unauthorised imagery, but the constraints are decided based on symbols that degrade humans and are clearly indicative of historical acts of indecency.

Through this amendment, Twitter is attempting to find a balance between people’s right to an individual opinion and the promotion of respect. With the new changes, the site hopes to provide a more positive and respectful online domain.

Katherine has a true passion for the digital world. She has help many businesses make the transition to digital and she hopes her articles on Best in AU will hope many more now and in the future. Contact: [email protected]

How has the pandemic led to the digital transformation of businesses? 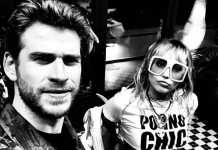 Why Liam Hemsworth officially filed for divorce from Miley Cyrus 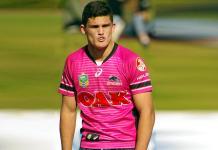 NRL round four: how did your team go? 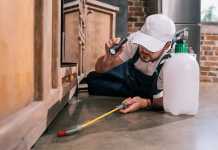