Cerny did share some of the console’s features – it will still play discs, but they will load much faster than the PS4 with a read time up to 19 times faster than a standard SSD. The PS5 will be backward compatible with PS4 games, but it is unlikely that it will play PS1, PS2 or PS3 games.

It will feature a bespoke AMD Ryzen chipset, which amongst other things provides improved immersive 3D audio – a welcome upgrade for those who regularly play with a headset. It will also support ray tracing, an advanced lighting technique which creates lifelike lighting and shadows for highly realistic graphics.

The PlayStation VR headset will continue to work with the PS5, though it is likely that a next-gen remake will also be produced in the future. Expect to see support for 8k resolution, making it a great match for next-gen televisions.

While cloud gaming will still be supported, it is unclear as to whether the current PS Now system will be used or if another system will take its place.

The next-gen gaming console is rumoured to be launching in 2020 at a $499 price point, but this remains speculation.

Leaks have revealed that Microsoft is already working on the next Xbox, which means Sony has some competition. Speculation suggests that Sony might sucker-punch Microsoft by releasing the PS5 earlier than anticipated, but this is unconfirmed.

Given that the PS4 Pro and the Xbox One X are quite new to the market a later release date would make more sense. 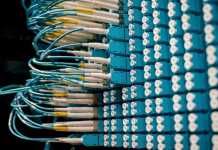 What is HDMI Cable? Can I use HDMI cable with Ethernet?