We Aussies love our pizza. From the myriad of frozen pizzas on offer in supermarkets to the now ordinary chocolate and marshmallow pizza, it’s hard to escape pizza’s reign. It’s a cheap, filling and delicious way of life.

If all this talk of pizza is giving you cravings, check out Made in Italy for some authentic Italian pizza cooked right here in Sydney. With vegetarian and gluten-free options and a range of pastas, snacks, drinks and desserts on offer, they’ve got you covered (and they deliver!).

Without further ado, here are the 5 most popular pizza toppings in the country.

Warm, stringy mozzarella, crispy meat with a hint of heat – it’s hard to beat pepperoni. It’s often the first thing that comes to mind when we think of pizza. This is an entirely American invention (couldn’t you tell from all the grease?) which emerged out of New York City around 1919 and has taken the world by storm ever since.

Meatlovers pizza is a carnivore’s delight, a far cry from the original Italian pizza which was totally vegetarian (garlic, cheese and basil – no sauce). While it usually features a range of types of meat (like Italian sausage, ground beef and bacon), it may only have one. But whatever it’s got, it’s got a lot of it. Top it off with cheese and tomato puree and you’ve got a pretty hearty pizza.

While the idea of a BBQ chicken pizza might not sound very strange today, it was back when it came out in 1985! BBQ chicken, onion, cheese and BBQ sauce is a classic made by pizza chef Ed LaDou, who was known for his weird and wonderful pizza recipes (popularising things like smoked salmon, Thai chicken, scrambled eggs and mustard).

As the name suggests, the supreme is pretty awesome. Loaded with things like pepperoni, ground beef, mushroom, onion, capsicum and pineapple, if you’ve got an appetite, the supreme will satisfy. It’s a great way to get a hearty dose of both protein and veggies in the one sitting! It’s unclear as to who invented the supreme pizza, but whoever it was, they have our thanks.

The most divisive pizza on any menu, the Hawaiian is packed with ham, pineapple and cheese. It’s an odd mix of toppings that people either love or love to hate, and it doesn’t look like it’s going anywhere anytime soon. The Hawaiian was actually made in Canada by the Greek man Sam Panopoulos in 1962. He and his brothers were experimenting in the kitchen when they realised they’d created something amazing, and it soon took off worldwide. Good job, guys. 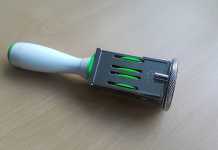