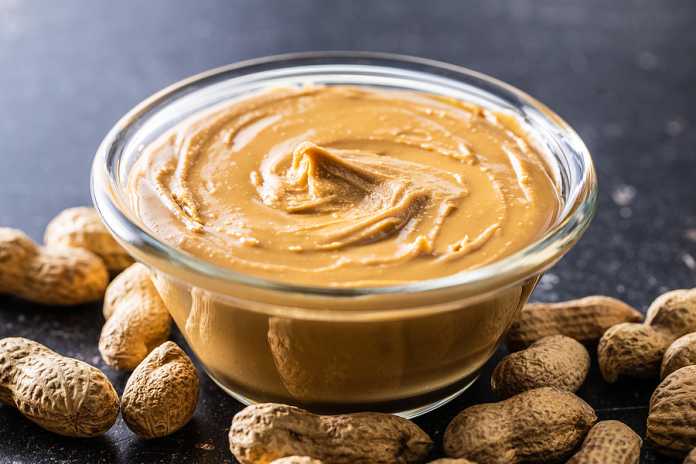 Peanut butter is used for making tasty sandwiches and healthy snacks. Could a scoop of peanut butter and a ruler become Alzheimer’s diagnostic test?

In October 2013, the peanut butter test (a diagnostic test) was originally reported by researchers from the University of Florida’s McKnight Brain Institute, led by Professor Kenneth Heilman. At the end of their study, the researchers concluded that patients with Alzheimer’s could not smell peanut butter. While studying under Professor Heilman, Jennifer Stamps, a graduate student, discovered that a small dollop of peanut butter and a ruler could save their patients’ lives.

The test aims to detect the early stages of Alzheimer’s. She realized that those with Alzheimer’s disease had difficulty smelling out of their left nostril. While they could smell the fragrance from 20 centimeters away in their right nostril and for the left, it had to be 10 centimeters closer to the nose than for the right nostril.

Before you learn how this test is performed, it’s important to provide you with some useful information about Alzheimer’s disease.

In 1906 Dr.Alois Alzheimer first identified the disease known as Alzheimer’s disease. It is a progressive, and the most common cause of dementia (a chronic mental process disorder) usually starts slowly and worsens day by day.

It is a neurodegenerative disease that usually starts slow but worsens over time and starts to damage brain cells. For most people, the earliest symptom is not remembering recent events (also called short-term memory loss).

A set of symptoms includes problem-solving ability, language problems, difficulty thinking, mood swings, behavioral issues, loss of motivation, and not managing self-care. As these symptoms develop, the person withdraws himself from family and society. Gradually more parts of the brain are damaged, ultimately leading to death.

The early damage is usually to a part of the brain, which has a central role in day-to-day memory, called the hippocampus. The person may forget birthdays or anniversaries, lose items around the house, forget someone’s name, struggle to find the correct word in a conversation, and much more.

How common is Alzheimer’s disease?

More than 520,000 people in the UK are suffering from this disease. In 2010, around 4.7 million people over 65 years of age were living with Alzheimer’s disease. According to the statistical report from Alzheimer’s Association, there are an estimated 5.3 million Americans affected by this disease, and two-thirds of them are women. An estimated 5.1 million people are age 65, and approximately 200,000 people are below 65.

Every 67 seconds, someone in the US develops the disease.1 in 3 dies with Alzheimer’s or another dementia. Alzheimer’s accounts for between 60% and 80% of all cases of dementia, and as the population of the US ages, it is becoming a more common cause of death.

If you are concerned that you may have Alzheimer’s disease (or another form of dementia), you should seek help from your grandparents. An early diagnose offers many benefits: it gives access to treatment and prepares for the future.

Moreover, you’ll need to visit the doctor who will first rule out conditions, such as infections, depression, vitamin, and thyroid deficiencies (from the blood test). The doctors will talk to the person and their family members about their medical history and how their symptoms affect their day-to-day life. A person may be asked to do some mental abilities tests.

The test is very simple and cost-free. People can easily perform at home.

Here’s how the researchers conducted the test. They asked individuals to close their eyes, one nostril, and mouth. After that, they opened a jar of peanut butter and moved progressively closer to each person until they could smell it. They measured the distance first and then waited 90 seconds to repeat the same process with the other nostril.

For those individuals who have Alzheimer, the researchers had to move the jar an average of 10 cm closer to the left nostril compared to the right nostril.

This test is cheap to perform and gives accurate results. However, you must visit the doctor for more professional advice.

Other benefits of peanut butter

Peanut butter can be applied as a face cleanser because it is packed with vitamin A, E, and oils extremely beneficial for your face. If you don’t get peanut butter at a nearby store, you can also buy dead sea mud for similar results.

READ MORE: What you should know about health supplement manufacturers in Australia

In Alzheimer’s disease, the first thing that diminishes is the cranial nerve that controls the smell sense. If a person loses that ability, it could mean that he is experiencing the early signs of the condition. Catching the disease at an early stage gives families and caretakers much more time to prepare for the adjustments.

Alzheimer’s can be torture for everyone suffering from and for their friends and families, so please share the “peanut butter test” to raise awareness. We hope this article has helped you know interesting facts about the peanut butter test for Alzheimer. Stay safe and kind.

Hello! I am Raechel Devis. I am health and lifestyle blogger. I am doctor by profession and runs my own clinic.