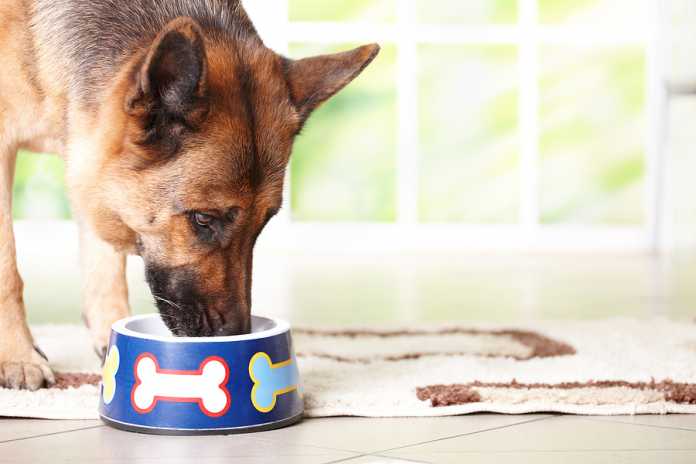 There are some dogs out there that will eat anything and everything in sight whether they know it’s good for them or not. You’d think instincts would kick in to not eat something that’s not good for them but in some cases, a dog is a dog and the instinct to just eat overrides all else.

As a pet owner, your dog’s safety is your priority. This article will help you keep your dog safe by educating you on what dogs can’t eat. The responsibility falls on you to be aware of what food your dog has access to. It’s also important to educate family members, and in particular, little children, on what foods they can and can’t sneak to their beloved pooch underneath the dinner table. Our little friends have a habit of coming to the table, making puppy eyes, and begging for a taste of our dinner. Don’t be tempted to give in as this could be at the cost of their health. And don’t think you can prevent food waste by feeding any old leftovers to your dog.

This is of particular importance coming into the holiday season where there will no doubt be plenty of food around!

You’ve probably known about dogs and onions before you even owned a dog. It’s one of the most widely recognised problem foods.

Feeding your dog these spices in any form can lead to serious gastrointestinal problems. Not only that, it can even lead to red blood damage.

While garlic is certainly touted as an amazing health promoting food for humans, avoid giving your dog onions, garlic, and clover in any form no matter how little the amount.

Here’s another one that’s popularly known to both dog owners and non-pet-owners.

Whether you heard it in a movie or took it as a dog owner’s old wive’s tale, chocolate and caffeine should not be anywhere near your dog’s diet.

Chocolate and caffeine contain a substance called methylxanthine which is proven to be dangerous to your dog’s health.

Research has shown that when pets ingest anything with this substance they will show symptoms such as vomiting, diarrhea, tremors, hyperactivity, urination, and even death.

Note that the substance methylxanthine is more concentrated in dark chocolates when compared with milk chocolates.

For humans, avocados are a healthy snack, but for dogs, it’s not the same.

Avocados contain a chemical called Persin which is detrimental to their health.

Eating any avocado will leave them vomiting and with a bad case of diarrhea.

Many people may not know this but dogs are generally lactose intolerant. They lack the enzymes needed to digest cow milk as humans do.

Giving them any form of dairy products can cause symptoms like vomiting, diarrhea, and gastrointestinal diseases.

Raisins are a popular addition in cakes, cookies, and bread but they should never be added to your dog’s diet. Pay attention to those festive treats this holiday season as they’re often laced with raisins!

Studies suggest to not feed your dog grapes or raisins. If your dog eats raisins or grapes it could make their kidneys shutdown/renal failure and in the most extreme cases, can lead to death.

Cherries can be sweet but your dog won’t appreciate you giving him any.

Cherries contain cyanide, a chemical that disrupts the flow of oxygen to your dog’s blood cells.

Tomatoes contain a chemical called Solanine which is dangerous to your dog’s health.
It can be found in the green parts of tomatoes.

While they would have to consume a large amount of it to fall sick and can safely eat fully ripe tomatoes, we would advise you to skip them in your dog’s diet.

Symptoms your dog may experience from consuming too many tomatoes include gastrointestinal upset, muscle weakness, etc.

Let’s be honest, alcohol isn’t so great for humans. It can cause liver and brain problems when taken in large quantities.

Well, that’s exactly how it affects our dogs when they have it, except they need less than we do to fall sick from it.

Symptoms your dog might experience from ingesting alcohol include vomiting, diarrhea, coma, and even death.

If you’re a dog owner who loves almonds, pecans, and macadamias then you need to be extra careful how you store your nuts.

The high oil and fat contents in nuts are dangerous dogs. They can cause vomiting, diarrhea, and even pancreatitis.

Macadamia nuts can be particularly problematic, linked to causing tremors, depression, and hypothermia.

While science is yet to pinpoint what causes dogs to react to nuts the way they do, it is best to avoid letting Sparky get his paws on any.

What about raw meat, fish, and eggs?

This is something debated by many people. Dogs are biologically conditioned to eat and digest raw meat so it shouldn’t be problematic for most dogs.

Where the real issue comes in is the quality of the raw meat they are consuming. Eating ill-prepared raw meat, fish or eggs exposes your dog to bacteria such as E.coli, Listeria, and Salmonella. This was stated by the American Veterinary Medical Association.

They also mentioned that these bacteria could be transmitted to humans and pose a serious threat to children and senior folk which is where a lot of the caution exists surrounding a raw food diet for dogs.

Raw eggs also contain an enzyme called avidin which may cause skin and coat problems in dogs. It does this by reducing their ability to absorb biotin.

In saying this, a BARF diet (Biologically Appropriate Raw Food) can be healthy for your dog. Consider how much raw food to feed a dog so you can get it right for your pooch.

In this article, we discussed some of the most common, problematic foods for dogs. Unfortunately, no matter how cautious we are about what we feed our dogs, they might wander off and eat something they shouldn’t. Our advice for a situation like that is to always keep the contact details of your vet, or an emergency animal clinic on speed dial.

Melissa is a freelance writer, a dog lover since forever, and passionate about pet education. She is a proud dog-mumma to 2 adorable labradoodles, Rex and Roxy, and loves spending her downtime baking, reading fantasy novels and of course, walking the dogs.

6 Most beautiful places to visit when touring Australia

Top reasons why you need mascots in Australia

How workplace interiors can adapt in 2021 (Covid trends)

How to develop a video conferencing app

What you need to know about Woolworths pet insurance