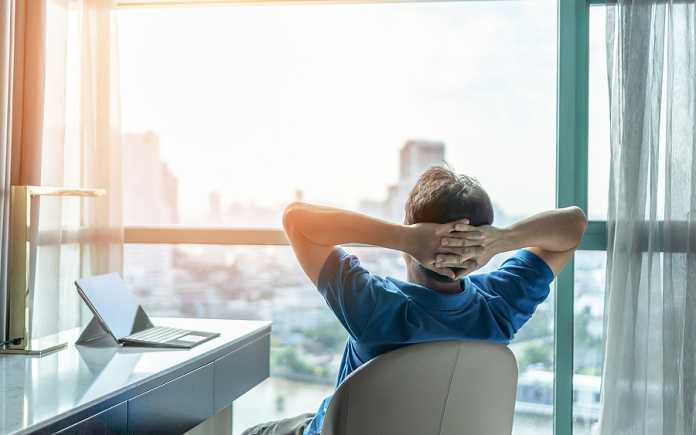 I have always believed that life is no less a voyage, like the journey of a ship.

Just as a ship is considered seaworthy only after it weathers through the monstrous waves, and touch-bases the shore successfully. Similarly, an individual is ‘Seaworthy’ only when he or she is flexible to changes of life.

Brooding over changing weathers of life evokes a victim consciousness. It burdens your mind. Makes life goals difficult to attain. Just like the ballast that weighs too much, and eventually sinks the ship.

In my journey so far, I have had an opportunity to meet and read many successful voyagers and thinkers. One among them is 13th century Persian Poet Rumi who has written that “If you are irritated by every rub, how will your mirror be polished?”

Contents hide
A tale from the trenches: victimhood versus leadership
4 essential points to help you conquer Victimhood:
1. Avoid blame game
2. Embrace change
3. The world does spin, but NOT around you
4. Remember the Purpose

A tale from the trenches: victimhood versus leadership

Henry and Isaac worked in the upper echelons of the tech industry in the late 1990s. They began in the early days of the Internet, went through the dotcom boom, and made a big bang in the world economy. Henry and Isaac were childhood prodigies, so it came as no surprise to anyone when they reached the pinnacle of their career early, were earning handsome salaries, and were the blue-eyed boys to their CEOs.

Henry and Isaac had a strong sense of purpose and inherent passion – and pursued a higher calling to revolutionize the world through technology.

Thus, they began their entrepreneurial venture. Aimed to transform data storage by making it intelligent and superior. They were ready to set the wheels in motion. But, to their surprise, the wheels became mired in muck. It was the onset of millennium 2000, and the world entered the early Y2K recession.

The goal was set. Build a business plan, establish a core team of passionate engineers, and then raise funds, to give directional strength to the company. The journey started with several rounds of meetings with Venture Capitalists, but results were hard to come by for first time entrepreneurs.

Every day they would share their ideas with VCs, to convince them into giving funds, but, at the end of each day, their dreams were turned down.

Henry started losing his confidence. Every rejection by a VC became a mirage of disbelief in his idea. He was falling prey to circumstances – becoming a victim. They had everything at stake.

Isaac was calm amidst this storm. He practiced meditation daily that helped him unravel his tension and focus on his goals. He believed in the power of positivity and always cheered Henry. Every day in the office, Henry drew inspiration from Isaac, and together, they were able to pass the eye of the storm successfully.

Finally, a VC believed in their passion and agreed to fund their company, after which things began falling in place. Today, they run a successful company, creating an impact every day for a better tomorrow.

This may seem like the story of two different individuals, but what if I tell you that each one of us has a part of Henry and a part of Isaac in us. All of us, have struggles, that are no less a storm, and every time we give in, we become Henry, succumbing to the victimhood. But there are a few of us who choose to stay sturdy, patient, and unbreakable just like the diamond.

These people are the Isaacs who realize that to fulfill their goals, they need to build them- ‘SELVES’.

In any adverse situation, it is natural to blame others. I know, it is probably one of the easiest ways, but it only makes the matter worse, just how when Steve Jobs was blamed and shown the door from Apple, it boomeranged the company.

So, instead of blaming you can flip the state of your mind and dedicate your time in finding the solution. It will not only save you, but others too. Do remember that the key is in resolving the issues, rather than being right.

Try and establish a non-biased view. For that you must ensure collective responsibilities are taken to observe any situation impartially. The idea is to be compassionate and not self-protective for creating a win-win situation.

Can you imagine a world without cars, laptops, and electricity?

Say thanks to the natural desire within us that keeps looking for change that has today made us a race of superhumans.

If only people like Karl Benz (many say was the one who first conceptualized cars), Adam Osborne (the inventor of Osborne 1, the first commercially successful portable microcomputer), and the famous Benjamin Franklin (to whom the discovery of electricity is often connected) would have not thought of change, we would have been deprived of these luxuries.

I think, most of the time the fear of failure emanates from a lack of self-confidence, and the insecurities born out of the lack pushes us to resist change. Consider the case of Blackberry and Nokia, brands that once ruled the market, are nowhere in the picture today, because they resisted accepting new technologies like iPhone and Android.

These examples show us the path to leverage change, it reveals fresh insights. Change taps into unforeseen possibilities, that helps you grow, and other too.

3. The world does spin, but NOT around you

My whole point was to put across the message that instead of pride and self-centeredness, if we humans work towards a common cause, it will help bring significant change.

Extend your ego to come-up with something meaningful. Do not get burdened with your own purpose. You do not need to be a Steve Jobs or a Bill Gates to create a real impact, rather work with the people around you. Listen to them; help flip their mind from objection to inspiration, this will help in building a collaborative environment.

Every problem comes with a solution that is how nature works. Imagine how it would be if there was only days and light, and no nights and darkness. You would be sleep deprived.

Your purpose should strengthen you. A good leader is always driven by a sense of purpose – with a value-system aligned to creating an impact, and moving the lives of people.

Individuals like Nelson Mandela and Mahatma Gandhi are good examples of leaders with a sense of strong purpose. They sacrificed their lives for their purpose, and that was to create a better tomorrow.

We are living in their ‘Better Tomorrow’. Imagine how regressive the world would have been, if not for leaders like them.

You know, every point that I just shared are nothing but sequences that will occur naturally.

There is no better way to do that other than ‘MEDITATION’.

It opens a doorway to within – to uncover your true self, refining your perception about the world.  You invariably start seeing ‘good’ in everything. It leads you to true humility. You get carved into a natural leader, driven by a sense of purpose.

Sanjay Sehgal is a proven innovator, serial entrepreneur, meditation instructor and a self-development enthusiast who has built and managed several companies.

He is the Chairman & CEO of MSys Technologies – a reliable partner for product engineering services and digital transformation projects for its ISV and Enterprise clientele, MSys Training is North America’s leading professional certification training providing company and Mobinius, India’s leading digital transformation and mobile app development company. Get to know him at Sehgalnotes.