Renowned motivational speaker and transformational coach Baz Porter is releasing a book titled “Using Trauma to Thrive”. The book is set to release on 12/12/20, and many of his fans have already chosen to pre-order the book in excited anticipation.

For Baz, the book is a natural progression in his work as a motivational speaker and transformational coach. Through his profound life experiences, Baz learned how to overcome the adversity in his life and become truly enlightened, something that he aims to teach others with his speaking, coaching, and now, his writing.

The book is written in a conversational style that is anchored in honesty and empathy. The book can be described as half-memoir and half-self-help guide. With “Using Trauma to Thrive”, readers can expect to be given insight into Baz’s personal journey, and how he learned to push past the adversity that he was facing.

Tied in with his personal experiences are actionable steps that demonstrate to readers that recovery is within reach, and that life can become incredibly rewarding for them. Baz wants the book to act as a message for hope for millions around the world, showing them that there is a path forward no matter what struggles they are dealing with.

With the current state of the world, Baz Porter believes that a uniting message of hope is more important now than ever.

The book is targeted at a diverse audience, designed to raise awareness about the silent, often unrecognized illness of PTSD. All of the experiences that Baz writes about in the book can be related back to everyday life, paired with tangible self-help advice that empowers the reader and helps them to unlock their greatest potential.

The book is set to be released in both hardcopy and digital formats and is available for pre-order here. 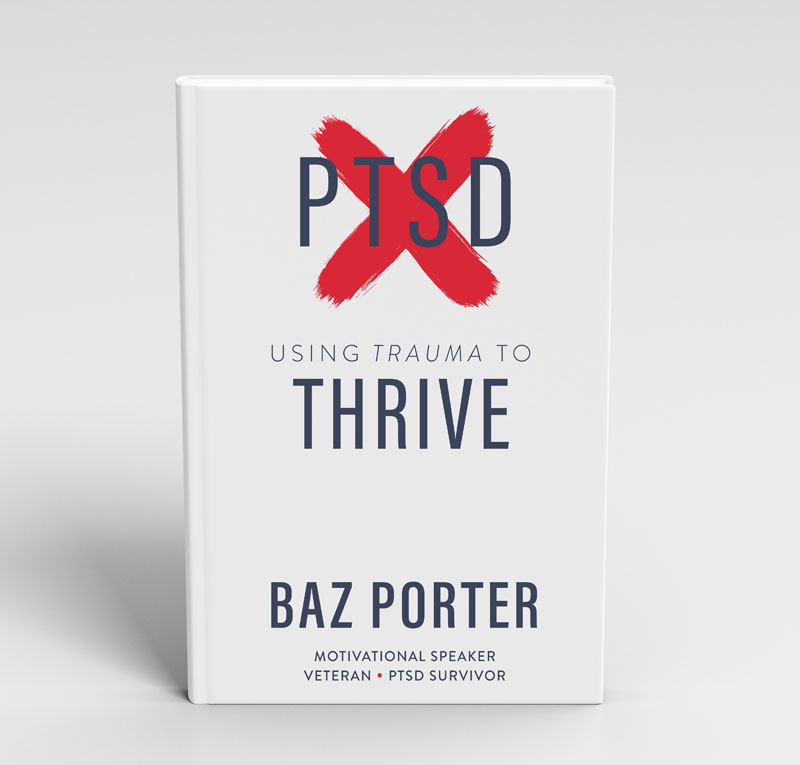