Who is not addicted to Netflix? Most of us are! This is simply because it is a treasure trove of an array of movies, TV shows, documentaries, and the likes which keep you glued with its amazing content for hours.

However, things take an uglier turn when you come to know that Australian Netflix has fairly limited titles of movies and TV shows when compared to American Netflix? What if you are traveling to Australia and do not have access to your favorite Netflix shows on the land of Kangaroos? Or even worse, do you actually need to compromise on the Netflix contents if you are residing in Australia?

Before we delve deeper and understand how you can access American Netflix in Australia, let’s see what the key differences between the two are.

A comparison between Netflix Australia and Netflix US

The major difference between US Netflix and Australian Netflix lie in the content library both in the terms of TV shows and movies. While American Netflix media library consists of 1,157 TV shows, the number is just 442 for Australian Netflix. On the same lines, US Netflix provides you access to 4593 movies which accounts to just 1585 in Australia.

These numbers are significant, especially when you love binge-watching. What might hurt you, even more, is the question that why paid subscribers should be served with different content when they pay almost the same?

Well, the answer is simple – geoblocking.

Netflix serves content according to the region you are based on depending on the copyrights of that particular area. For instance, the location you are residing in might not have purchased the licenses or copyrights of a particular show. In that case, Netflix is obliged to not telecast that show in your region.

In a lot of cases, various other reasons like religious, and political factors also play an important role in blocking online content. This is called the geoblocking. Netflix works by determining your IP address and serves you with the appropriate content accordingly. This is why certain shows are available only for US users and not for Australians.

In simple words – no!

There are a lot of ways through which you can watch Netflix US while in Australia. One such way is to change your location from Australia to the US manually. Although this method works most of the time, it is not feasible and convenient way out.

Thankfully, there is another more reliable method. Essentially, your location is determined by your IP address which is nothing but a string of numbers and depicts your location, the device you are using and other vital details.

When you use Netflix from Australia, your IP address tells Netflix about it, and the content available to your location is served to you. This is where you can play around a bit.

Simply change your IP address by using a VPN. For starters, a VPN is a virtual private network which redirects your web traffic through a secure tunnel. In the process, it changes your IP address and replaces it with one of their servers.

Thus, if you are a user sitting in Australia, you can use a VPN to connect to a server based in the US. Once the connection is established, your IP address will reflect your physical location as the US, and appropriate content will be served to you.

However, it is important to mention here that not all VPNs support Netflix. Thus, crosscheck that your chosen VPN will allow you to access Netflix before subscribing to it.

Is it legal to use a VPN to watch American Netflix?

The use of VPNs is not considered illegal by Australian law. This means that you can use a VPN to bypass internet censorship and to access geoblocked content. Thus, do not succumb to the situation, instead use a VPN to access entire Netflix content without breaking any law. 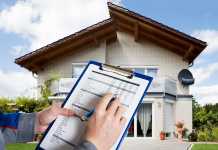 6 things to consider before starting a decking project

9 Garden makeover trends to embrace in 2020

Desired Living Reviews – We Selected The Most Enjoyable Reviews

Everything to know about Taylor Swift’s new album “Love”

How to find new home builders who are easy to contact

How to choose a mattress based on your sleep position