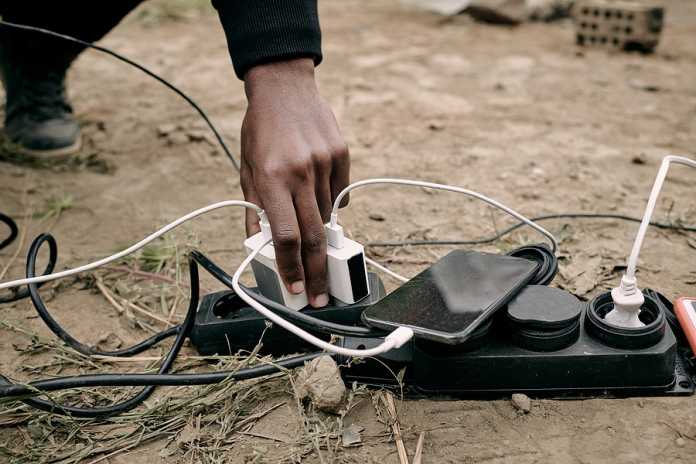 Technology is advancing at a rapid pace – digital cryptocurrency, social media engagement, e-commerce, internet penetration, and constant improvements to mobile technology are now a part of everyday life. Human migration is also increasing at a rapid pace – more than 280 million people were migrants in mid-2020, and more than 82 million people were forcibly displaced.

The global COVID19 pandemic, and associated lockdowns in many parts of the world, have further accelerated reliance on technology. Migrants are embracing many of these technologies, with both positive and negative outcomes. Below are some key technological advancements that have impacted migration:

Many migrants have traditionally relied on Hawala networks for informal, untraceable, yet trusted financial transactions. Hawala networks have been used for centuries, primarily in the Middle East and South Asia, to send and receive money with no formal transfer of money. Migrants have used these networks to send remittances home to their families, pay smugglers, secure fraudulent documents, or receive stipends from home while on a migration attempt in a country where they are unable to open a bank account.

As digital cryptocurrencies continue to evolve, many people have commented that ‘bitcoin is the new Hawala’. As a similarly cashless money transfer system, migrants can send and receive money in a similar way to Hawala, with the added benefit of being able to do it 24/7 from their mobile phone.

Uptake of cryptocurrency has been particularly rapid in conflict zones where people do not trust local financial institutions; it has enabled migrants and refugees to relocate knowing they are taking their finances with them. For further information on how cryptocurrency has been adopted in Afghanistan, see Statt Consulting’s blog article ‘A little late to the block(chain) party’.

These numbers are likely to have continued on an upward trend throughout 2021 as many countries experienced COVID19 lockdowns and migrants increasingly relied on online sources for news, information, and migration services.

The surge in social media usage across the developing world has attracted a significant number of criminal syndicates, seeking to engage and exploit users who are increasingly unable to distinguish between legitimate and criminal migration agents and labour brokers.

This is exacerbated by the fact that many social media sites allow advertisers to target very niche populations, including in some refugee camps. For some examples of how social media is used by scammers, see Statt Consulting’s blog article ‘Don’t let your friends fall victim to Afghanistan visa scams’.

Many technological advances, such as cryptocurrency and social media, are accessed through personal smart phones. The evolution of mobile phone technology has been of increasing utility for migrants. Migrants can now reduce reliance on other people – such as brokers, smugglers and agents – by having direct and immediate access to things like translation apps, maps and GPS, finances, contact with family and friends, and photo and video technology.

Some migrants and asylum seekers have recently been observed using GPS and maps to share locations of border security patrols or accessible border points along the Turkish and Greek borders into Europe. Some smugglers have used doctored smart phone videos purporting to show migrants crossing freely into destination countries to entice new customers. Estimates from January 2021 showed that 96.6% of internet users aged 16-64 owned a smart phone.

At Statt Consulting, we are acutely aware of the technological impacts on migration, having observed these impacts and changes in migration patterns over the last decade. While many technological advancements are extremely beneficial to migrants – particularly those that empower them with portable knowledge and instant access to information – these same technologies can be used to confuse, exploit and manipulate desperate and vulnerable people. Statt Consulting prides itself on exploring and embracing new technology for the mutual benefit of our clients and the grassroots communities we work with.