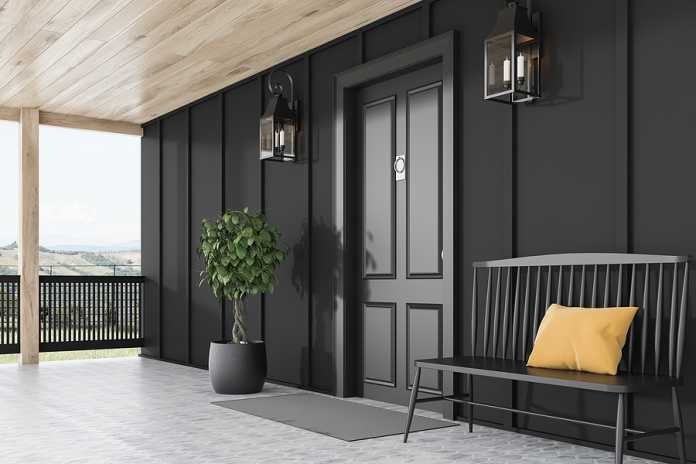 A tiny leak in the bathroom or a barely visible crack in a supporting column up in the attic may seem benign at first. However, these defects, regardless of how minuscule they appear, grow over time into really dangerous problems. It’s useful to make a list of such problems that shouldn’t be ignored for a minute, let alone months, as some unconscientious Australian homeowners do.

Contents hide
Sensing a draft
How to deal with pests
Getting rid of mold and mildew
Small tiles, huge risks
Ominous cracks
Ignoring a leak
What if a leaky pipe is outside the house?
Faulty caulking
Can Santa pass through the chimney?
Highly dangerous gas leaks
Repairing a damaged gutter
A fully-operational thermostat
Check the boiler
Utility bills as indicators of trouble

When the weather turns cold at the end of autumn, it’s never a good thing to sense a draft in the house. This most likely means that your doors and windows are improperly sealed. The breeze you are feeling is an air leak that should be located and fixed, as it will only get worse over time.

Luckily, this is an easy fix, as you just need to replace the rubber gasket underneath the door and re-caulk the door, which is a 10-dollar repair. Otherwise, you’ll waste heating and/or air conditioning, unnecessarily increasing the utility bill.

How to deal with pests

Pest infestation is among the worst household upkeep challenges you’ll ever face. The longer you ignore the problem, the more critters will appear, so call an exterminator right away. From chewing on power cables to contaminating food and water, rats, termites, and other pests can make your life miserable. Just imagine what would happen if a mouse chewed through the main power line or termites (common in Australia) made a nest inside a supporting column! 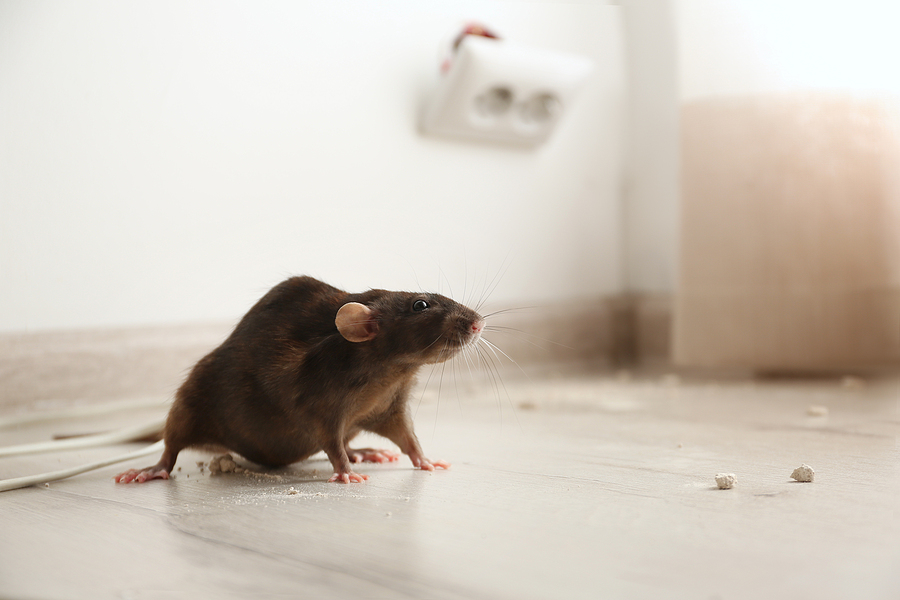 Getting rid of mold and mildew

It is well-known that mold and mildew have a negative effect on human health. The usual spot where mold forms are in the basement, in the attic, and in the bathroom. The reason why the walls and ceiling inside your home get covered in mildew is poor air ventilation.

There is more than one-way water can penetrate your household, but unless it can dry up quickly, it is there to stay. Bathrooms without windows and clogged-up vents often have this problem, as all that steam after the shower has nowhere to go.

Scrubbing the tiles hard removes mold and mildew only temporarily, as you need to improve air ventilation/circulation to get rid of these pesky fungi once and for all. The last thing you want is for your children to breathe in mold spores and develop an allergy.

When it comes to the attic, mold and mildew form because there is a leak in an otherwise well-maintained roof. The reason can be poor caulking but more often it’s a missing shingle that’s the root of the problem. A passing storm can easily rip off a shingle or two without you even noticing.

The problem is seemingly not serious enough to call a professional roofer but every time it rains, you’re roof’s understructure weakens. Namely, wooden beams and columns are constantly exposed to water, causing them to rot over time, jeopardizing the structural integrity of the roof.

A simple inspection of the roof can help a lot. Just pull up a ladder to the side of the house and inspect if any tiles are missing. If one or two tiles blew away, you can replace them on your own but more extensive damage should be repaired by a professional roofer.

You don’t have to be an engineer to figure out that cracks in walls, ceilings, and floor are not a good thing, mildly put. If cracks appear everywhere and they keep expanding, then there is probably something wrong with the structure’s foundation.

Unlike most of the repairs listed here, repairing the foundation doesn’t come cheap, as it’s definitely not a DIY job. Nevertheless, you should react as soon as the cracks become noticeable because they will expand to the point that the house will be deemed unsuitable for living and it will have to be demolished. When it comes to the bathroom, the worst mistake Aussie homeowners can make is to make a difference between a small and a big leak. These terms are provisionary, as every leak is equally dangerous and should be addressed immediately.

Apart from potential extensive water damage if a pipe burst, your water bill will increase (in Canberra, for example, just the fixed rate is 101 dollars). The minute you spot a leak and realize you cannot fix it on your own, call a local plumber who is on duty 24/7 to come right away and repair the leaky pipe.

What if a leaky pipe is outside the house?

Spotting a leak in the bathroom is easy, as you can see most of the plumbing or at least notice mold forming around the problem area. On the other side, you’ve probably never looked under your house and you certainly cannot see through walls as Superman can.

In these places, there is a whole network of various pipes, such as water pipes, gas lines, sewer pipes, hot water pipes, etc. When the temperature outside drops below zero, these pipes can easily freeze without proper insulation, causing them to burst.

We’ve mentioned earlier that a single missing roof tile can spell disaster over time. However, it takes a lot of force to rip a tile off the roof, while other openings degrade over time. Air vent ducts, skylights, and chimneys are the most vulnerable spots on the roof, i.e. the caulking around them.

Over the years, poor-quality sealant loosens up, allowing water to penetrate inside the roof. On the upside, you just need a caulk gun to repair the damage after you remove the problematic section of the old caulk.

Can Santa pass through the chimney?

Santa Claus might be a fictional character but your chimney should be clean as if we were really going to climb down it. An excessively dirty chimney causes problems down below in the fireplace, sending back parts of toxic fumes inside the living room. The chimney should be cleaned once a year to remove any flue buildup.

A gas leak is perilous in every environment, whether industrial or residential. Even odorless gases (e.g. natural gas) are added additives to make them easy to detect. If you can smell gas, regardless of how weak the smell might be, immediately call a plumber or a gas fitter.

Water damage is dangerous but a gas leak can injury people as well as property if unaddressed. Also, the longer you ignore the stinky smell of gas, the costlier the repair will be.

We’ve explained how a missing roof tile or faulty caulking can cause water damage. However, the gutters are equally important but often overlooked by homeowners.

Gutters with holes in them can damage the façade so you’ll to render the house or even worse, water can seep through directly inside the house. 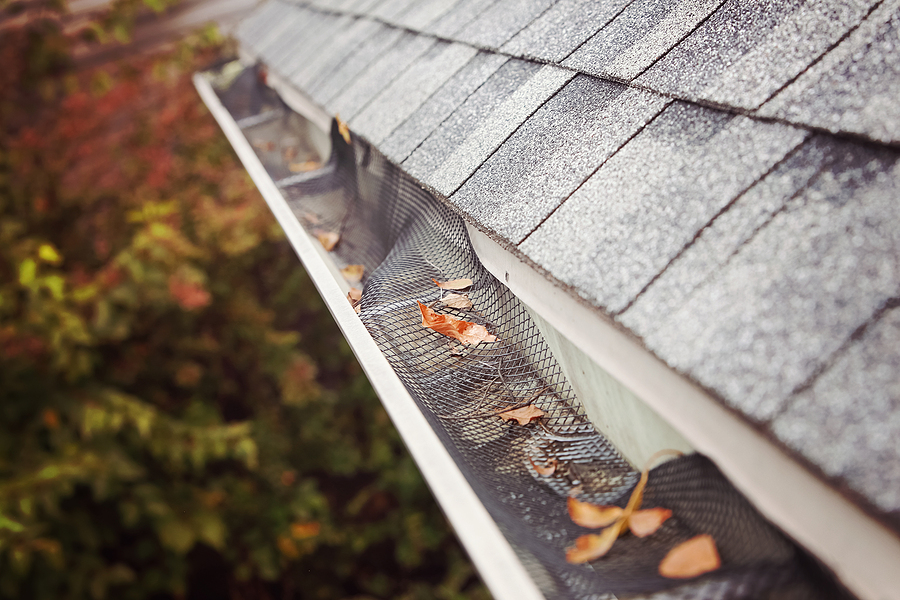 Use the time before winter sets in to clean the gutters from any debris that might be blocking them, such as leaves, branches, and even a stray football.

Programmable thermostats have been around for a long time in Australia and homeowners have become so reliant on them that they no longer check if the thermostat is fully operational. Ignoring thermostat problems for years will result in thousands of dollars wasted. The cost of having the system checked and recalibrated is far less than the cost of ignoring a faulty thermostat.

You’ve probably seen news reports of people getting injured or killed in a boiler explosion. Boilers used in residential structures are pretty safe to use but that doesn’t mean that you are 100% safe.

If the pressure dial skyrockets, this can indicate a serious malfunction so you need to turn off the boiler immediately and have someone inspect it.

Likewise, low pressure is an indicator of a leak in one of the pipes.

Utility bills as indicators of trouble

Finally, you can use the water bills as excellent indicators of home problems listed above. For instance, if a pipe is leaking underground, it will hard to spot the leak but if the water bills increase unexplainably, you will suspect an underground leak.

Likewise, higher power bills indicate that your home is no longer energy-efficient. Upon closer inspection, you may discover that several appliances are nearing the end of their lifespan, so you can replace them before they fail catastrophically.

Modern homes in Australia are quite safe to live in but the pipes, appliances, and installation deteriorate over time, so they need regular checkups. Prevention is the best way to protect your home against the various dangers we have listed above. Therefore, never ignore an issue, regardless of how small it may seem at first.

Nina is a lifestyle blogger, yoga aficionado and a travel enthusiast with a distinctive taste for home decor. She’s passionate about learning new things and sharing meaningful ideas. In her free time, she loves to design clothes and furniture. 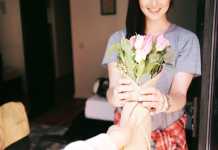 How to choose the perfect flowers for any occasion 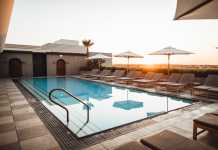 How long does it take to build a fibreglass pool? 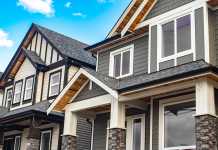