Ever since becoming a country, Australia has exported its fair share of musical legends. The country is definitely not lacking in musical talent, but the singles charts could deceive you.

This year there hasn’t been a single home-grown song reaching number one in Australia’s music charts. This is in contrast to the USA in which nearly every charting song is home-grown.

There are a variety of reasons for this and industry experts are trying to narrow them down. One reason that has been speculated is the rise of music streaming services like Spotify.

As these streaming services attract an international audience, international tastes are going to dictate what is popular. Since digital downloads and physical CD’s now make up a negligible share of music purchases, the behaviours of stream users is influencing what the hits are.

As Australian artists have less international exposure than American ones, they are less likely to perform well on streaming platforms. Local radio stations in Australia are going to give preference to songs that are seen to be performing well, which are usually not Australian made.

This creates a chicken and egg scenario since if a song isn’t played on local radio it is less likely to become popular on a streaming service. This cycle is touted as one of the main reasons for the decline in the performance of Australian music.

The popularity of playlists on streaming platforms is also considered to be a contributing factor. Since many of the most popular playlists are created by overseas people, Australian artists are less likely to be included.

While the US centralised nature of the global music industry has always been prevalent, the rise of universal streaming services has compounded this effect. As the world becomes smaller and more connected, the valuation of music becomes less regionalised.

This may not necessarily be a bad thing, as people are listening to music for its inherent worth and not what region it is from. Nonetheless there are steps that can be taken to improve the reach of Australian music.

The reinforcement of quotas on radio stations to play a minimum amount of local music has the ability to get Australian songs more recognition. Streaming services can also improve their algorithms to better serve regional flavours of music depending on geographic factors.

Ultimately since Australia’s consumption of media is already so Americanised it may prove increasingly difficult to promote locally produced music on a world stage dominated by US artists.

Ten Broadway musicals you can watch at home (part 1) 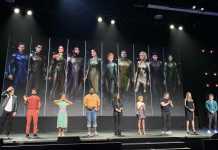 Filming of Marvel’s Eternals stalled due to ‘unidentified object’ found in... 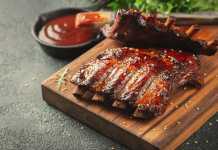 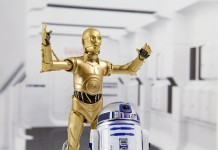 Could Star Wars droids be real? 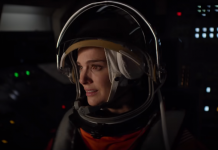 Everything you need to know about Utopia