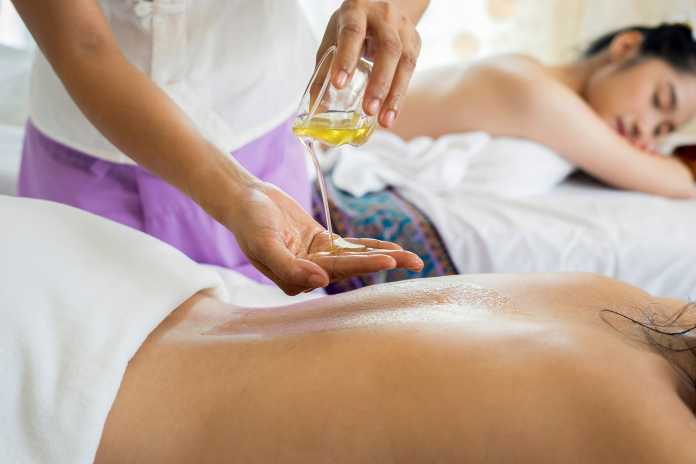 Sandalwood oil certainly calls to mind the various products around your home that espouses having the scent or extract present in its ingredients. This is not just clever marketing tactics, it’s wholeheartedly a wonderfully beautiful additive. It enhances and enriches a wide range of products in the beauty, skincare, haircare, aromatherapeutic, religious, meditative, and aromatically inclined industries.

Though sandalwood oil has been relegated to the aromatherapeutic and religious industries in modern contexts, the history of the wonderfully unique extract points to its once evergreen qualities and supposed benefits for health in more ancient cultures. While many have been disproven in modern contexts, there is still an interesting history associated with sandalwood oil, one that spans across continents and time.

This article will break down some of the key points in the history of sandalwood oil, as well as delving into the modern uses for the wonderfully fragrant extract. 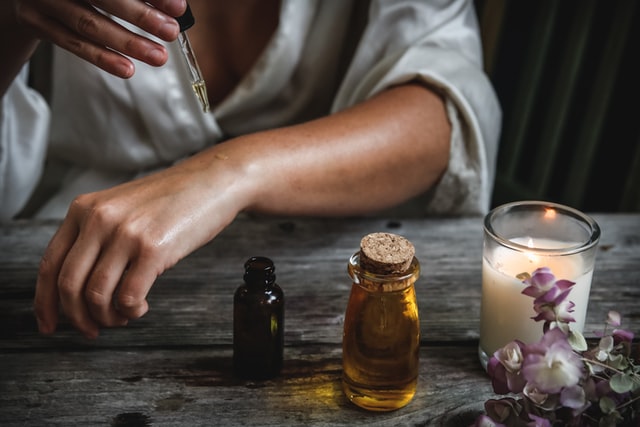 Sandalwood oil is truly a historically interesting extract, tracing its uses can take you back to the days of Ancient Egypt and India. The tree it is derived from is native to India and South-eastern Asia but has since been integrated into a number of flora profiles around the world, including Australia.

The extract is derived from the ‘Santalum Album’ species of tree. The extract itself is hidden away deep in the wood of the tree and is typically extracted using water or steam distillation. Sandalwood oil is certainly beautiful to look at all on its own, it is rather fittingly golden in its natural hue and a decadent thickness.

The tree itself was also once used for furniture and its building properties, but since the demand has grown and the tree is becoming rarer and rarer due to overwhelming demand, it’s now predominantly used for sandalwood oil.

Through its long and winding history in the world, the extract has made an immense impact in any society that utilises it.

Sandalwood oil has been associated with religious imagery and utility for generations, long before we had face creams and diffusers. In Hinduism, sandalwood oil has an incredibly reverent status as being used primarily to supposedly bathe the gods, the belief extends to Goddess Lakshmi and Brahma Vaivarta Purana who were believed to have resided in a Santalum Album tree. 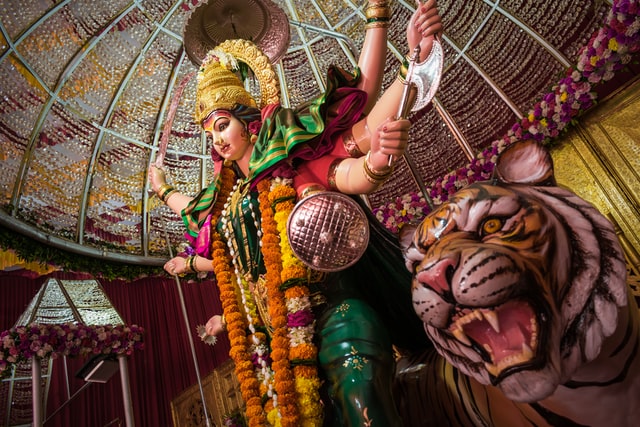 As a result, the tree and subsequent sandalwood oil has been treated with a sense of purity and religious significance in Hinduism. The extract is not only reverent to the Hindu culture, but it also extends into facets of Buddhism, Christianity and Islamic practices and religious beliefs.

Even today, the use of sandalwood oil and incense is still ubiquitous with religious experiences and has remained incredibly popular, which partly explains why it’s still so widely utilised and yearned for.

Ancient Egyptians also had a fondness for sandalwood oil, calling it Chandana in Sanskrit. The unique properties of the extract prompted its use in the embalming process. The burning and meditation was also a way of showing devotion and dedication to the Gods of Egypt and was even considered by the doctors of the time to be an ailment for skin disorders and issues.

While a great many essential extracts were believed to carry great healing properties, a lot of these beliefs have been extinguished by modern research practices. However, it is always interesting to see how sandalwood oil was so incorporated into ancient medicines from around the world.

Sandalwood oil was used predominantly and quite extensively in ancient Ayurvedic and Chinese medicines. For the Ayurvedic societies, it was believed to have benefits in treating physical and mental issues, such as anxiety, diarrhea, fever, gallbladder ailments, sore throats, and libido issues. Traditional Chinese medicines utilised sandalwood oil as a remedy for abdominal and chest pain, poor appetite, even hiccups.

While a great many of these cure-all properties for sandalwood oil have been disproven over time, the active ingredient in the extract, alpha-santalol, has a few provable benefits for the state of mind through aromatherapies and meditation contexts. 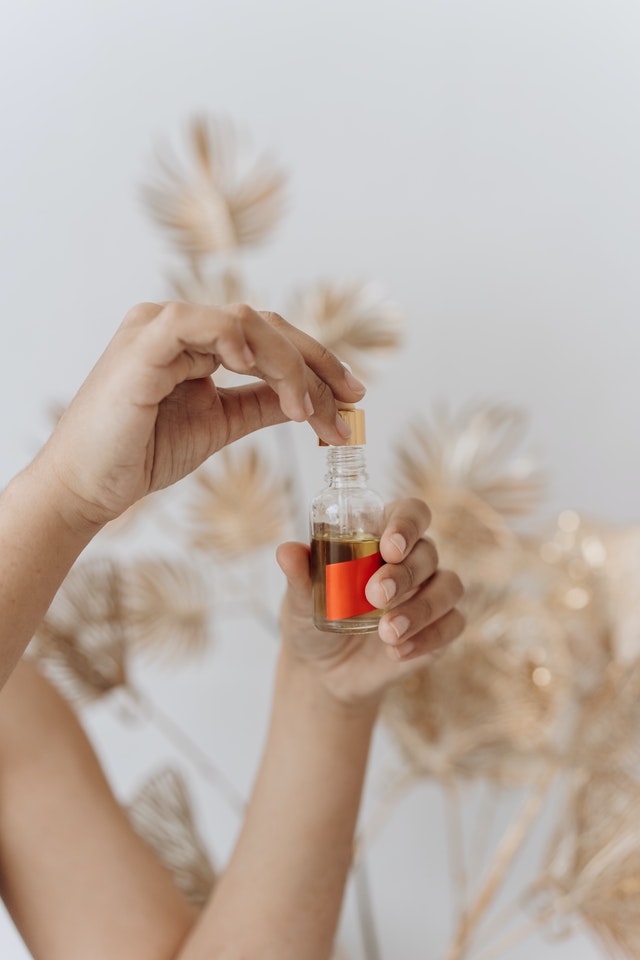 The steam distillation process for extracting sandalwood oil is the safest and most common manner of extraction in the world of essentials. The enriched essence of the plant, while potent and flexible in its utility, is quite subtle and easily damaged when subjected to the wrong form of extraction.

Some plant matter requires a more chemically laden approach, while others cannot be subjected to high degrees of heat necessary for steam distillation. It’s a science unto itself in many ways. For sandalwood oil, the best and most effective manner of extraction.

Steam Distillation involves placing the plant botanicals into a still and heated in a pressurised state to the point that steam begins separating the extract from the plant matter. The heat mustn’t be too scorching as this can potentially damage or hinder the resulting extract.

As the steam rises with the extract, it is then filtered through a cooling tube which separates the extract from the botanical water, as the extract is naturally lighter it is much easier to filter and separate them to the point that you have a golden, dewy and fragrantly beautiful extract on the other side.

After this point, the extract could ostensibly be mixed with a carrier extract to dilute its potency or bottled as is and be used in a variety of other ways.

Sandalwood Oil In The Modern Context

While it’s not in hospitals and used as a primary treatment in the medical sense, the modern world is still absolutely in love with sandalwood oil and utilise it in a variety of industries. Studies have also shown that the use of it can be effective in assisting with particular ailments, though the research still continues on. 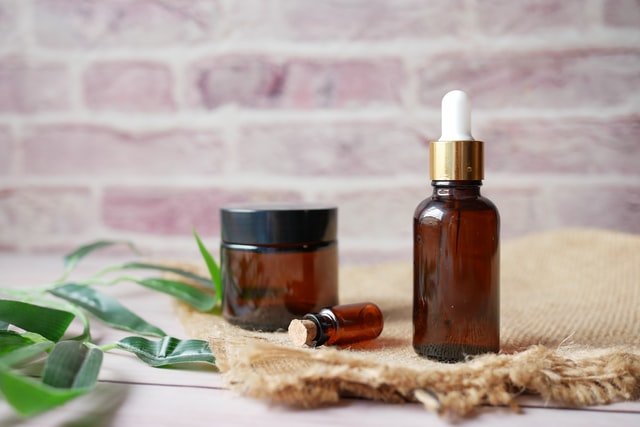 While traditional medicinal use of the extract has subsided and become much less common in the modern world. The aromatic properties of the extract continue its dominance in the realm of aromatherapy, being one of the most sought after extracts for diffusers, candles, and incense.

The calming and often associated pleasant smell that is given off when burning or diffusing sandalwood oil has been used to its advantage with calming effects being noted by those who practice aromatherapy. The naturally calming scent is also being used for those who have trouble relaxing with some believing the smell is a means to unite the senses and improve sleep.

Due to its overwhelmingly scintillating scent and natural thickness and consistency, the use of sandalwood oil in beauty products and skin creams is not unheard of. Containing a beautiful and unique fragrance as well as holding some hydrating benefits for the skin when it is properly diluted and with the right carrier or mixture.