It looks like Disney+ drew first blood in the streaming wars as it has only been a month since it has been released and already it did some serious damage to Netflix, taking away a million subs away from the streaming giant while developing a healthy subscriber population of its own.

Disney’s huge leap into the streaming world was rocket-launched by the standalone Star Wars series The Mandalorian. Not only is the show a fresh take on the Star Wars universe but the rating boost was aided by little adorable baby Yoda that has stolen the hearts of all who watch the show.

The Hollywood Reporter said that Cowen & Co., a financial services company made a study that discovered that out of the 24 million subscribers of Disney+ in the United States alone, 19.4 million of them are also subscribed to Netflix. The same study also stated that 5.8% of this population have already unsubscribed to Netflix which projects roughly 1.1 million unique subscribers to Disney+

Even with over a million defecting to Disney+, Netflix should not be worried because, in the last quarter of this year alone, they have gained approximately 7.6 million new subs. There is also an assumption that it was due to the hype why other subscribers have jumped ship to the Mouse House’s streaming platform.

2020 will be a very interesting year for Netflix as they will be persevering in producing original and exclusive content like the Henry Cavill-starred The Witcher, their Sci-Fi hit Stranger Things, their new psychological thriller You starring Penn Badgley, and a lot more original films and television shows exclusive to their streaming service.

Disney+ on the other hand still has The Mandalorian at its helm aided by baby Yoda power to continually boost its ratings. Even as the newest addition to the streaming service world, Disney+ has a wide library of content from Marvel to Star Wars to Disney classics.

For the thinking person or the not-so-much, it is still too early to read into these statistics given that Disney+ is still brand new. Data is still being collated and it will take a lot of time to truly have a foothold on the current status of the streaming world. The only tangible thing right now is that Netflix needs to continue to go all-in and continue in making original films and television shows to keep its subscribers and attract new ones at the same time. 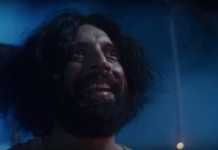