On Monday afternoon a 20 year old, Australian born citizen was arrested on alleged charges of a terrorism plot planned for this upcoming New Year’s Eve. It is alleged the man wanted to use an automatic rifle to kill as many people as he could at Melbourne’s Federation Square celebration.

Police have stated they made their move on the suspect when it was found he was engaging in meetings about acquiring an automatic weapon. The police noted that the man was not able to acquire the weapon but was arrested on charges of collecting documents for and preparing to commit a terrorist attack.

The man from Werribee, Victoria is an Australian citizen of Somalian decent. Police have stated that there has been evidence of him collecting documentation from terrorist organisations, including a guidebook on how to use weapons for a terrorist attack.

If convicted, the man faces penalties of a maximum of life in prison. Police have applied to extend their time with him so they can continue further questioning.

Searches have begun in the family house, where the man lives with his parents and siblings. The man’s workplace has also been investigated. It has been alleged that the man was sympathetic to Islamic State terrorists.

The man was known by police to be in association with a small group of extremists in Victoria. Police have informed the community that he was planning to act alone and that there is no ongoing threat for Victorians.

Police have assured the public that they were monitoring the man’s activity since the beginning of 2017 and that there was never any chance he would have been able to commit the violent act. Police want the public to know that the threat has been completely nullified as the man has been removed from society.

Roughly 450,000 people attend New Year’s Eve events in the Melbourne CBD and police noted that if the attack had been carried out it would have resulted in a high death toll.

This is not the first time Melbourne has faced the threat of a terror attack, with a plot being discovered as recently as Christmas last year.

Certainly Victorians are grateful to police for removing a potentially deadly threat but the question of how the man became radicalised is being asked.

In September 2014 the Australian terror threat level was raised to “probable” due to concerns of Islamic State retaliation against Australians for the country’s military intervention overseas. Since then 347 counter terrorism investigations have taken place, supposedly preventing 13 terror attacks. 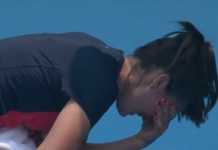 Celebrity
Jessie J and Channing Tatum are officially dating again! After almost two months of spending time apart, the couple has decided to work things out...

Why Amy Schumer’s ex Kyle Dunnigan is living with her and...

Celebrity
Times have indeed changed. Gone are the days when exes stay exes who occasionally bump into each other in awkward situations. While this may...

How graphic design agencies achieve results for their clients

Housing crisis: is it the end or just the beginning?