Jonathan Holmes sells hand-made Katanas and other Japanese swords in the US, although he ships virtually all over the world. His swords are made for ornamentation, although they are made to the standards of a samurai battle sword.

Jonathan offers a number of options for the forging style, durability and appearance of his swords, to cater for different people’s needs. He is an expert in swords, Katanas in particular, as well as being an enthusiast.

Jonathan, how did you get into the sword business?

I’ve always had an interest in history as well as ancient cultures and societies.  It’s impossible to be a fan of history without taking a look at the wars and conflicts that have shaped the world we live in.

A big part of any conflict is the weapons and technology utilised by the opposing forces.  Generally speaking, even a smaller forced equiped with superiour weapons will be able to defeat a larger force with less sophisticated weapons.

It’s therefor easy to say that swords and armour have helped shape the world we live in.  It’s this fact that caused me to take a closer look at sword and armour from all over the world.  In turn lead me to fall in love with Japanese swordsmiths.

This naturally lead to me first working for someone else involved in the sword business but then wanting to branch out by myslef and offer a range of what I believe are exceptional  swords.

You offer a number of different Japanese swords – what is the difference between them?

The most obvious difference is the size of the swords.  Even someone with no prior experience can easily spot the differences between the various swords by just looking at the size.

One of the most popular types is the Katana, which is a medium length sword with a single curved cutting edge.  Next is the Wakizashi, which is frequently paired with the Katana, but is much smaller.  The wakizashi boasts an almost identical design, the big difference is the smaller blade.  Some of the swords we offer a more akin to a dagger, while others are getting on for 2 metres in length.

Would most of your clients be collectors, or just buying a one-off ornament?

Most are looking to buy a one-off sword, but many return to make multiple purchases.  People buy for a variety of reasons, there’s a flourishing community of backyard cutters who like to practice propper cutting form and technique.

While other buyers prefer to hang a sword on the wall and will never touch it again.  Everyones reason for buying a sword is different and there is not right or wrong reason for wanting a sword.

Assuming the Katana is for ornamental purposes, which style would you recommend?

If you’re only looking for an ornamental sword, then you can probably look to buy something that looks nice rather than is functional.  A stainless steel model that features the trimming and design you like is probably a perfect choice.

You offer folded steel swords – what does this mean?

Folding steel is the process of hamoginizing the carbon content of a billet of steel.  Basically, the steel used to create a traditional japanese sword would contain pockets of carbon distributed unevenly throughout the steel.

This uneven distribution can cause weak points in the steel, leading to breakages, chipping or malformed swords.  Folding the steel causes the carbon to be distributed more evenly throughout the steel, which means a stronger final sword and less chance of accidental breakages.

You ship your products all over the world – do you know if they are legal to own everywhere?

No, it’s impossible to say that our products are legal all over the world.  We’ll do our best to ship to you, but it’s the buyers responsibility to understand the local laws and import duties that may apply.  We’ve had great success shipping to North American and European countries, but laws and shipping rules change.  It’s best if you personally check before you make an order.

Do your swords serve a practical purpose, beyond looking very cool?

For most people, no.  But, if you’re fan of any of the Japanese martial arts or would like to try cutting, then a sword is an essential ingredient.  I would strongly suggest that you should never use a sword as a weapon or with any sort of malicious intent.  Our sword should be used by trained individuals or for display purposes only.

Do you have a favourite Katana?

I have an antique sword dating back around 300 years which is one of my favourites.  It cost me over $10,000 and is not for sale 🙂

You can get in touch with Jonathan at: www.katanasale.com 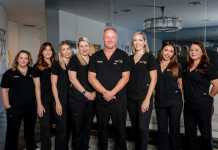