Investing in LGBTQ friendly brands has been paying off handsomely in the last few years, as these companies have grown and attracted business from the gay community. A number of brands have managed to gain extra business through supporting pride events or coming out in favour of gay rights, and now there are even dedicated LGBTQ brands like Daddy Couture that aim to capitalise on this growing market.

The average income of gay couples is significantly higher than couples in heterosexual relationships, and disposable income is even higher. There are a number of social factors that cause this – for example, gay people are more likely to live in cities, have a tertiary education and not have kids – but from an investment perspective, the main thing to focus on is that the LGBTQ community has money.

That community is also, naturally, more generally inclined to spend their money with brands that share their values and support causes that they also support. If a brand is designing something specifically for gay people (like the clothes made by Daddy Couture) then that counts double, as they are attractive to a (typically) cashed-up audience.

In Australia businesses like ANZ Bank have positioned themselves as progressive brands that actively support the gay community. ANZ did this through donating money to gay rights causes, as well as the famous “GayTMs” (which are ATMs that are made to look like rainbows) in the lead up to Mardi Gras – particularly around Sydney.

Brands that have invested in being LGBTQ friendly have seen the benefits of these practices in increased sales, as well as more access to funds. A number of investment firms are creating options for their customers to put money exclusively into LGBTQ friendly companies, which means that these brands have more money to use – and unfriendly companies have less.

Having gay-friendly policies is incredibly beneficial for businesses in the Western world. They not only have the advantage of a wider talent pool to choose employees from (because LGBTQ people will look for diverse environments and gay-friendly brands to work in) but also benefit from having a reputation for inclusivity.

Gay people tend to have more money (and especially disposable income), so they are the exact customers and investors that companies should be looking for. There are also a number of groups out there that assess companies for how successfully they have implemented diversity policies, and particularly how friendly they are to LGBTQ employees.

The business world is now slowly moving forward from simply being friendly to the gay community – there are now some companies that market themselves specifically to LGBTQ people. Daddy Couture is one example of an unapologetically gay brand, one that does not try to attract a straight, mainstream audience but rather focuses exclusively on targeting the gay community in queer hotspots around the world like New York, San Francisco, London and Sydney.

Brands like Daddy not only market themselves to the queer community, they also strongly support causes that directly affect their customers – such as anti-discrimination policies and gay marriage. This helps to make the brand a part of the group they are marketing to, which is a proven way to help grow their sales and the company as a whole.

Investing in LGBTQ brands like Daddy, or just brands that are friendly to the queer community, has been paying dividends in the last few years as these companies gain a competitive edge. Gay brands not only attract customers with money, they also have more talent available to hire from and get extra investments from queer-friendly funds. 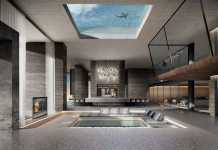