Joseph O’Connor was a commerce student himself, struggling to make ends meet working a job at a café. That all changed when he found out about the forex market by chance through a YouTube channel. He decided to save a bit in order to build a small portfolio on the forex market. From there, he watched his investment slowly rise and he was instantly hooked. Joseph O’Connor started to spend all his free time watching the forex charts, buying tools and plugins that would help him monitor the market and make decisions based on his analysis of the market. Over time, Joseph lost some money but he became smarter at what he did and his investments started to return more and more.

In a year, he had become skilled at what he did and his investments were based on smart decisions, his net gain increasing with every investment.
Upon his graduation, Joseph decided to work on his forex trading full time as well as branching out into other forms of investments, including the stock market. His success grew to the point where his friends started to come to him for tips on their own investments in the forex and stock market.

This sparked an idea for Joseph, and 6 months later his forex trading school had been established. The student base for the school initially was popular but started to dwindle, and Joseph decided to focus on his current customer base rather than growing it. The success stories from his school and from those who attended spread like wildfire amongst the forex trading community.

Through the use of popular forums, the reputation of his school spread and subsequently his customer base grew exponentially. As a result, Joseph’s net worth became very noticeable wealthy and he is hailed as a guru of forex and other forms of trading. With the rise of cryptocurrency in recent years, Joseph has branched out into training and analysing cryptocurrency markets too.

Whilst it is known to be a fairly volatile market, he has seen great success in it however it requires more constant analysis than other forms of more ‘stable’ trading such as the forex and stock market. For many people, Joseph’s model of trading has been hailed as the industry standard and should be followed for beginners and those just getting into the trade. 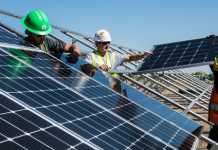 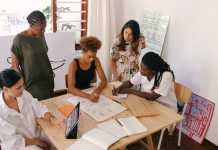