Tiana Plotnikova is an award-winning architectural designer who creates innovate proposals that facilitate growth and development of new cities. Tiana is one if the most inspiring and ambitions architectural designers that develops tech which merges UX, urban and architectural design and incorporates principles and tools that can benefit not only urban developments, but also ports and businesses. Tiana has recently developed her own piece of design software called Uflow that makes the typical architect’s job much easier.

Tiana answered some questions about Uflow and her journey developing it:

What is the basic concept behind your Uflow and how it is being developed?

Uflow is a software that allows urban designers and architects to import complex data, optimize it and translate it into spatial design. This tool lets users juxtaposition, change parameters of elements and easily identify the mismatch between the data and the geometry.

Is there anything like this out in the world already?

Software that involves work with complex data and that is currently available on the market, is mostly focused on the construction rather than responsive preliminary design. Uflow streamlines the workflow and creates space for the uninterrupted creative flow. It provides the designer with an effortless feeling: tech simplifies the conversion of data into 3D volumes and the front-end design allows user to make all necessary modifications in the same workspace. Uflow is taking a unique niche on the market – what used to be done by hand sketches and numerous calculations, now can be done digitally. Uflow is not competing with BIM or construction software – that is a big misconception. Uflow streamlines the concept design process, it works as a bridge between the project brief and the technical design solution.

What inspired you to create Uflow?

The inspiration was the inefficient design process and the need to use multiple softwares to achieve the desired result. It was also the ambition to utilize data to inform designers about their decision at the early stage of the design process. Working in the industry of Urban, Architectural and UX design, witnessing the inefficient processes firsthand, allowed me to identify this niche. As a creative I think that the concept design stage is one of the most challenging step in the project – it is about creating the framework for the whole proposal. Some firms and clients celebrate variety of proposals and prefer to have multiple concepts early on. That can get pretty challenging when lots of complex data is at stake.

Why did you name it Uflow?

My ambition was to create a tool that would help streamline the design process and inform designers about their decision at the early stage of the process. It was about giving the user a sense of continuity, a sense of ‘flow’. I wanted the name to reflect the way the user experience would feel like.

Will it be a multi-platform app or a piece of computer software?

Uflow is a software, which can process very complex data. At the moment I am also developing a web application, which would work as a preview of Uflow – you would be able to see how it works and test data. Web application will also have the option to run file processing offline to protect sensitive data.

What are some examples of how your software can help people and businesses?

Uflow was created to help urban planners, architectural designers and project managers to work with big data and structuring it in 3D. It simplifies the process of masterplanning, saves time and financial resources. Uflow streamlines the process and focuses on making the design of large projects a user-friendly and smooth process. Uflow can be used in masterplanning, construction site preparation, optimizing storage at ports, logistics. Uflow works as a tool to facilitate easier communication and coordination of projects, as well visualize and manage big data.

How do you see Uflow being implemented in the future?

There are many densely populated cities around the world and the process of urbanization has only been going up since the 19th century. In the future, in 15-20 years, we will need to optimize the areas we live in in order to function efficiently as a society. The big difference is in how we used to build our cities then and now. In the past, the expansion of the city happened organically, now we need to analyze all the data and integrate new units systematically and very carefully. Uflow is the tool that can help plan for the future growth of neighborhoods and cities. It allows to import existing 3D maps of cities, data that is necessary for expansion and innovation and visually juxtapose those elements in the workspace.

Thank you Tiana for your time!
You can follow up with Tiana Plotnikova at www.tianaplotnikova.com or connect with her via LinkedIn here. 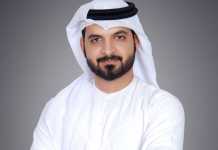 Jane Caro: social commentator, writer and lecturer looks back on her successful career

How to start a trucking business

What are the benefits of drinking Matcha Tea

Why Tommy Lee Jones “was not kind” to Jim Carrey while...