Primary lets you visualise and model your product concepts to help you better communicate your ideas with the rest of your team (and stakeholders!).  It’s a platform that really stands out as a user flow tool thanks to its simple, streamlined design and free sign-up.

We were excited to speak to James Billson from Primary about his flourishing business and learn more about his impressive application.

What was the inspiration behind Primary?

I previously ran a software development business, chiefly working in the eCommerce space, and we adopted what were at that time some state-of-the-art methodologies.  In the middle of all this the agile revolution happened, and so we ended up adapting the old to work with the new.  At that time, in the early 2000s, everything was word documents and spreadsheets, but I realized that the information could be formalized into a data structure.  This makes the whole thing faster and more powerful.  I exited the original services business in a trade sale and created Primary initially as a consulting tool for my next company.  Eventually, it was too good to keep to myself.

What was the biggest challenge in developing Primary?

The biggest challenge has not been technological.  There are so many great tools, resources and frameworks now that can be built upon that the programming itself has not been so difficult.  The challenge has been how to provide a new user with a meaningful first session where they get a glimpse of how the product is going to work for them.  We have done a lot of work on that early experience, and the lessons learned have not always been what you would expect at first glance.  I can’t say we are there 100%, but we do a lot of statistical analysis and I can say we’re about 60% there.

What kind of utility does Primary give app creators?

Primary is a SaaS product (https://www.primary.app) that allows users to model digital products as a set of goal-based user flows.  It is basically an app that helps you design apps.

Primary allows ideation and communication of new services in an agile working environment.  Primary believes that extending design thinking beyond the wireframe is the key to successful digital products.

Primary is modelled in Primary, when we consider a new feature, it is modelled on the platform itself. Input from our UX and dev teams is incorporated, and then a slice of the model is released and managed through our normal task management system.

What do you think is the most impactful element of Primary for app creators?

We don’t sell a design product, we create shared visions.  Primary allows a digital product team to have meaningful discussions about the way an app works before it is built.  The platform provides enough of a template and guidance to allow a new user to create a model of the target system. The structure of this model is designed so their team can be taken along on the journey. This creates meaningful engagement and buy-in across disciplines.  As we like to say, move work forward, not just around.

How does Primary assist app creators with UX design?

Primary is not a UX design tool itself, but the model created in Primary is a great way to communicate business intent to the UX team and provides a way for UX design to be incorporated and presented as part of the flow of the app.  We don’t replace prototyping tools or layout tools, but Primary becomes part of the process to socialize and validate UX decisions with the product stakeholders.

What does the future hold for Primary? Are there any updates in the pipeline?

We have a rolling program of updates.  The roadmap is actually huge, but we are following what our users want as a priority.  It is really interesting when a company using Primary really commits to making it part of their toolset, we find ourselves talking to them a lot.  At any one time, we have a major feature being developed, some usability enhancements and the odd bug fix or optimization at the same time. 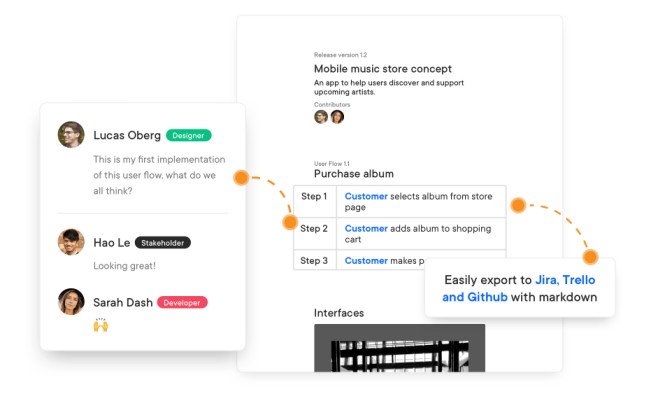 Perhaps what makes Primary truly stand out is the commitment that its development team has to ensuring the user experience is flawless. If you’re looking for an exceptional product management and user flow tool, this is the application for you. 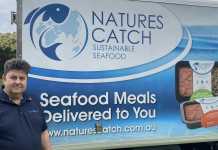