Some banks’ customers will soon be able to transfers cash to employees and friends at other institutions instantly.

A new $1 billion payment system being taken up by three of the big four banks is set to allow customers to transfer funds in almost real time between rival banks.

This new payments system that will allow almost instant cash transfer will ultimately bring the financial services sector into line with other major industries such as e-commerce and retail in the immediate transfer of funds.

Di Chanellor, General Manager of Westpac, said that the system will “give consumers new levels of personalisation and innovation” before continuing to say that the current delays between payments “can be a real pain point for customers”.

National Australia Bank, Westpac and Commonwealth Bank have all begun limited use of the platform whilst ANZ have said that they are holding off as they continue to perform tests of the new payments system.

ANZ’s reluctance to release the new service to its customers is an interesting call given that it played a role in the development of the software and its 3 major comeptitors are all willing to begin using the program immediately.

The banks have only opened up use of the service to a small selection of customers initially stating that “the security of our customer data is paramount” and they want to ensure that customers have a safe experience when suing the service.

However, those who do have early access to the new platform will be pleased with instant funds transfers already available to them.

The release and use of the new payments system comes after six years of development by the government and the RBA along with the help of 13 other financial institutions that includes the work of the big four banks.

The chief executive of the so-called ‘New Payments Platform’, Adrian Lovney, said that the developmental push behind the project came from the rising use of mobile phones and other digital technologies.

With people demanding instant service and constantly exchanging funds in the modern world a platform such as this has been a long time coming.

Mr John Banfield of BPAY said as services and products become available on the platform users will be able to transfer money instantly via their phone.

ANZ is expected to release the platform to its customers in the coming months. 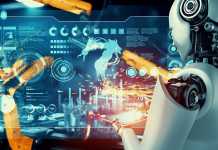 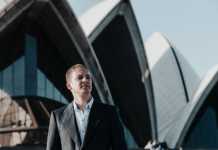