Superannuation is making news today on account of a new report. The superannuation polls show in the post-retirement report that the government saves $7 billion a year by raising the access age from 55 to 65.

Superannuation is relevant to anyone at any point in life, especially you ladies, because there is a massive gap in superfunds between men and women. The Association of Superannuation Funds Australia estimated that for the average retirement payments, the men were around $250,000.

I know. It seems pretty outrageous, but the reason for it is system – it’s a man’s system. This means that the current system is linked to paid work which women less of and get paid less for so they end up worse off.

You might think that this something you don’t have to worry about until much later but women who have taken a closer look at the matter proves otherwise.

Let’s take a certain workplace as an example. Let’s say the place is stuffed with men and women who essentially do the same work, has similar experiences, and share the same responsibilities.

But if we were to check out everyone’s super money in 30 years – and countless studies have shown this – the men in the workplace would be financially better off than the girls.

How could that be? You may ask. Well, take an average man and woman who both start work at say – 25. Let’s say both have a starting savings of $5,500.

When a couple has kids, women are more likely to stop work or work less and are less likely to get back at high-paying jobs.

Now say there’s an illness in the family. Again, it’s the women who are more likely to take time off or work part-time to take care of the sick relative.

Meanwhile, men continue to climb unrivaled in the workplace setup, in a job that is more secure and get the promotions. By the age of 55, men have almost doubled the super that women have.

Now imagine there’s a divorce. Is it any wonder that older, particularly single women in Australia are increasingly likely to be living in poverty, being labeled the newly homeless. So if anyone needs money, it’s them.

This is such a problem that the human rights commission has taken it upon themselves to try and change it. It has now become a matter of human rights.

So while we’re talking here about raising the age access, what we should be talking about is the access itself, because it is working a whole lot better for some than it is for others.

Contents hide
How women can cope up with the super gender gap
What the stats show about women and superannuation
How can women improve their super balances?

How women can cope up with the super gender gap

One big problem that women have in terms of their super is they don’t understand their own finances. They’re relying on their partner or someone else to look after them. But at the end of the day, nobody cares about your own financial future than yourself.

What the stats show about women and superannuation

Women, on average, have half as much in super when they retire. And that is terrifying. As we have seen in the previous section of this article, men can earn double the superannuation of women. So if men make $300,000 by retirement, women will only earn $150,000.

The problem is, women tend to live longer than men. Many live through their 80s. And so we’re talking about women in their 80s. That is a long way through retirement that requires consistent income.

How can women improve their super balances?

Even if you’re a woman who doesn’t have a job, you can still have a super fund. If you’re a couple who decides to stay at home, work out what you think would be your superannuation contributions. And as a family makes it a priority to put into your super funds.

Louis Lim is a writer and blogger who specializes in topics related to superannuation. He’s written hundreds of articles related to the subject at Australian Super Finder. 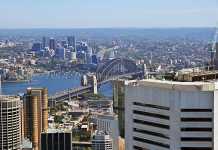 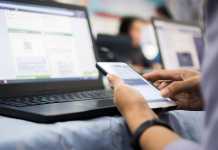