Social media has been growing every single year ever since the first sites started operating in the 2000’s. Facebook was among the first-ever social media sites. It started off just like any other website but it grew rapidly, replacing Google as the world’s number one site in terms of visitors.

This feat prompted Google to change its strategy as well, adding new social media functions to its ecosystem. When this happened, there was no doubt that social media had great opportunities for the business world. Social media has been influencing the markets ever since the turn of the decade.

Indeed, most decisions that particularly relate to investment markets are made with consideration of what is going on in the social media world. So how powerful really is social media in trading and the markets?

For most companies, social sites offer the best opportunity to learn more about the consumers. Other than that, there is a huge amount of data that flows through the networks on a daily basis which companies can tap into. Consumers are gaining from the networks as well. It is now much easier to get the best products by looking at recommendations from friends as well as reviews.

Since the networks are the only place where producers and consumers converge, the level of data that flows concurrently is immense.

Recent studies have not only concluded that such data is influential to the stock markets, but it also has a huge bearing on the forex market. One of the tools that have emerged as a result of this convergence is the Twitter Hedge Fund. The tool is used to evaluate information on social media for the benefit of companies.

The effect of sentiments on prices

Another major issue that has risen as a result of social media is the effect of emotions on the price of commodities. On social media sites, it is possible to see real-time tweets about specific products. If the general sentiment is negative, then the price of the commodities in question will fall. It is now possible to track user sentiment on a real-time basis by monitoring things like Facebook likes, YouTube views, Twitter retweets and many other factors on social media.

In a recent research, it was revealed that increased mentions of particular companies on Twitter increased their stock prices. Indeed, data provided by social media sites in the modern day is useful for tracking where the money is and where the money will likely go.

It is currently not possible to predict market trends accurately using social media. This does not mean that retail investors cannot use the tools to grow their businesses though. Social media sites offer the best connectivity options to people with similar interests. Indeed, many retail traders have joined social media communities where they can gather and share information with their fellow traders.

Such levels of information-sharing would otherwise not be possible without social networks. In addition, there have been applications developed by social media websites to help traders track stocks. Facebook has Zecco’s Wall Street that allows to track and trade investments. There are also numerous resources offered by this tool to potential investors. With such tools bringing vast information to individual traders, it has become possible to make proper investment strategies.

Social media is indeed influencing business at various levels. Consumers are using the networks to find the best products while businesses are using the information online to understand their consumers better. Traders and investors, on the other hand, are using these tools to identify, track and make investments.

Indeed, it is not an easy feat to filter out the important information especially on some social media sites. In general, though, the vast information that is available to traders is enough to help them make successful trades in the markets. 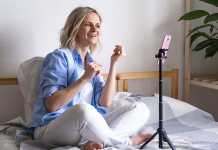