The top rated Television Stations in Brisbane are:

TPD Media is one of Australia’s most respected independent television and video production companies. Their work ranges from lifestyle and sporting programs through to documentaries and television-specials for all of the Australian networks as well as for international distribution. There are many things that set them apart from other production companies – but the one thing most appreciated by their clients is their ability to efficiently re-package and re-engineer footage in pace with the ever-evolving digital landscape.

Their team are as flexible and responsive as the content they produce. Their presenters, camera operators, producers, editors, animators and post-production experts, create stunning visual content specifically tailored for the audience.

Seven West Media is one of Australia’s leading integrated media companies, with a market-leading presence in broadcast television, magazine and newspaper publishing and online. The company is the home to many of Australia’s leading media businesses – Seven, 7TWO and 7mate, 7flix, 7food network, Pacific Magazines, The West Australian and The Sunday Times, and the biggest content brands including My Kitchen Rules, House Rules, Home and Away, Sunrise, the Australian Football League, Cricket Australia, the Olympic Games, Better Homes and Gardens, marie claire, Who, PerthNow, racing.com and 7plus.

The company is expanding its presence in the further delivery of its video and publishing content beyond its digital broadcast channels and across an array of platforms. Seven is now creating more content than at any time in its history and is expanding its presence in international content production with the formation of new international production companies. These new businesses underline a key part of its strategy for today and in the future: the expansion of its leadership in the production of content across all screens.

Network 10, a division of CBS Studios international – which in turn is a division of CBS Corporation. They deliver content that is premium and differentiated to the young and young at heart in the way they want it via an enhanced viewing ecosystem.

Put simply, they have got all the shows people love right there. They create content that gets people talking. What’s more, people will find all those great shows on their free-to-air channels – 10, 10 Peach and 10 Bold – and their digital platform 10 Play and all over Australia. They were acquired by CBS in November 2017. Before that they were listed on the ASX.

“Ten has the best culture and the friendliest staff. I always love going there.” – Jason Jameson 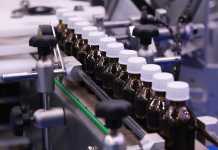 AFL semi-finals: who will progress to the preliminaries?