There are several reasons why you would want to have BAA compliant LED lights, whether it is for the purpose of personal home lighting, lighting of a business space or in the context of governmental work.

Light Emitting Diode lighting, or LED lighting, creates light through electricity through the release of electrons. These lights differ from regular light bulbs that use heat to produce light.

What is BAA compliance? The Buy American Act, commonly abbreviated to the BAA, states that for a product to be considered to be Made in USA, more than half of the parts that constitute the manufacture of this product must be sourced from the U.S.

BAA compliance becomes particularly important when considering governmental procurement of products (including LED lighting) for public use. That is to say, the BAA prohibits the US Government from making use of a product or material that is not BAA compliant i.e. that is not considered to be a domestically-made product.

Hence, BAA compliant LED lights are LED lights that consist of at least 50% American-made parts. It is evident why these lights are important. Here are some reasons why.

Compared to traditional light sources, LED lighting is much more energy efficient. Approximately 80% of the electricity used to power an LED lightbulb is used for actual lighting, with 20% lost into heat and other energies.

This has clear implications both for cost-savings and the conservation of the environment. Utilising LED lighting will not only have less impact on your electricity bill, but it will also benefit the environment in the long run as less energy is wasted.

This also extends past personal home use to large scales such as in businesses, and even larger purposes such as airport lighting and urban infrastructures.

LED lighting has an extremely long life expectancy, especially compared to incandescent or fluorescent lighting. Some LED lights can last as long as twenty years, whereas traditional light sources are reaching the end of their lifespans in as little as two years.

This also has implications for cost-savings and environmental conservation, on top of being more hassle-free. Having to change lightbulbs frequently is tedious as is often the case with incandescent lighting.

With LED lighting, you do not have to purchase lighting as frequently, saving you money over the long run. Additionally, the fact that LED lights take so long to die out means there is significantly less waste in the environment.

On the other hand, BAA compliance is also beneficial for the domestic economy.

The purpose of the Buy American Act is primarily for the protection of domestic labour, enacting a price preference for domestic end products. This comes in the form of a requirement for the government agency purchasing the product to consider non-domestic offers that are lower-priced to be a certain percentage more costly in deciding the best value.

Whether it is their superior economic and environmental benefits, or the fact that they benefit the domestic economy, BAA compliant LED lights are a great choice for lighting in any project. 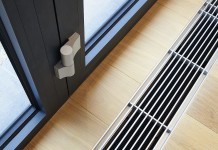 Get the most out of your ducted heating system 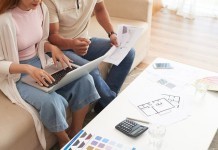 Creating a smart decorating plan for your home 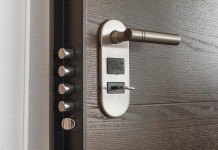 AFL semi-finals: who will progress to the preliminaries?

The 5 best furniture shops in Sydney