Read about possums in Australia, how they have encroached on the urban environment, how possum population numbers grew to the point that they became a pest and how you can prevent possums becoming a pest at your home.

If you live in Australia then you already know that there are plenty of possums in the environment.  There are 23 known species of possum and they have successfully taken over much of the natural forests and are being seen more often.  Possums are a member of the marsupial family.  So why are possums considered to be a pest?

Contents hide
Urban takeover
Noise
Destruction and smell
No population control
Disease threat
What can you do?
Add Items that will deter pests

While these critters are generally seen in forested areas, they are beginning to take up residence in human neighbourhoods.  Possums are territorial and will excrete body oils and urinate to mark territory.  Although they are not overly aggressive, they will attack if they feel that they are trapped in order to defend themselves.

As possums move into urban neighbourhoods they raid human gardens which are very easy pickings.  They are mostly herbivores but they also will eat bird eggs, grubs and insects.  Since they are largely nocturnal, they forage for their food from dusk until dawn.

With their new adaption to urban living, possums have started moving into garages, sheds, chimneys, roofs and attics. Although possums are a solitary animal, they do seek each other out during breeding periods and this can be as soon as one year of age for some species.

Possums communicate with one another through many different methods including screeches, hisses, clicks, coughs, chatters and grunts.

Possums tend to destroy homes when they move into them.  The odour from their droppings and urine can be overwhelming and the amount of damage can be outrageous.  Many homeowners are very upset because of the damage to their property.  Possums can also chew electrical wiring which can cause expensive damage in a short amount of time.  If you notice that there are possums around your home, you should take steps quickly to get rid of them before they become a serious problem.

Possums have been known to single-handedly destroy both decorative and food-producing gardens.  As herbivores, possums will eat ferns, flowers, fruit, leaves, eucalyptus, snails, moths and even baby birds.  The love new plant growth and tend to be attracted to backyard gardens where they will eat everything growing including mangoes, carrots, melons, roses, camellias, wattle and wisteria.  They also love grapes, apples, bananas, cucumbers, broccoli, tomatoes, lettuce and corn.

Possums tend to mark their territory by spraying their urine around and this has a heavy and pungent odour.  The smell can be quite strong and distasteful to humans and most people would rather not have to deal with it.  Scent glands on possums also give off a nasty aroma that can be repulsive to humans.  If you are wondering if you have possums living in your property you will soon know by the strong aroma that will be very noticeable in short order.

Although there is a small amount of natural population control of possums through bush fires, lack of vegetation and dingoes can eliminate these creatures.  The fact is that these animals have flourished in their environment, both natural and adapted.  Possums were introduced to New Zealand to create a fur trade and resulted in a population explosion that continues to grow, unchecked.

Possums do not carry deadly diseases, but they do carry parasites, ticks, mites and some bacterial infections which can be transmitted to other animals and even to humans.  The scat of possums may carry what is known as buruli bacteria which causes large skin ulcers in humans.  If a person does come into contact with possum scat in error, they should remove it from the area and then wash their hands thoroughly.

What can you do?

If you have a possum problem you can call a professional pest control company, but that is going to cost you quite a bit of money.  The better option is to tackle the problem yourself.  What are the steps necessary to eliminate these pesky critters?  You should know that possums are a protected species in Australia, so you cannot kill them.  Once thing that you can do is attract them with bait into live traps and remove them to a different location.   The main problem with this method is that you need a permit to move possums.  You can, however, take certain steps to get rid of possums or discourage them from taking up residence in your home in the first place.

First, eliminate all food sources.  This may even mean removing decorative plants that flower and your vegetable garden, but you have to decide what is more important to you – getting rid of the possums or having plants. Possums will also eat pet food, so if you have been feeding your pets outside, bring the food and dishes indoors and only feed your pets outside during the day when possums are sleeping.

Bird feeders tend to leave plenty of seed that is attractive to possums.  Clean up the feed that drops from the feeder by sweeping it up before each night.  If you have store compost in a pile outdoors, use only sealed bins designed for composting.  If you have fruit trees, try to pick all of the ripe fruit quickly and remove any that falls on the ground.

Block access to any areas where possums have been known to frequent.  When you eliminate all access points it will discourage creatures from taking up residence.  Trim nearby trees and bushes so that they do not contact your home.  Remove clutter from around your home including unused garden pots, bags and containers which could make great nesting areas.  Make sure that your barbecue cover does not create a tent that is a perfect hiding spot.  Your deck area should be enclosed and complete with plastic screens or some type of netting or mesh that will keep critters out.

Add Items that will deter pests

Motion activated lights make life uncomfortable for possums because they don’t like bright lights.  Loud music playing next to areas where possums are known to nest can also drive them away.  Some other known deterrents are mothballs and garlic spray.  You can also attach spikes to surfaces around your home that will deter pests.  If you prevent possums from moving in it is better than trying to get rid of possums once they are established.

Ashley Michael is a writer from Queensland. He actively blogs on topics of interest and has a keen interest in the Internet and technology to help businesses to be successful. 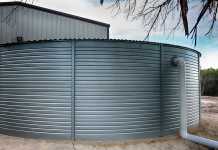 How to keep your rainwater tank clean 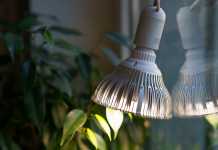 Grow lights: How to use them for your indoor plants 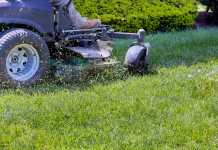