Fruity, refreshing and light, it’s hard not to enjoy a cider after a busy day at work. Naturally gluten-free and low in alcohol, cider has become an increasingly popular tipple around the world, and today the global market is estimated to be worth more than US$10,600 million.

By 2023, that figure is expected to hit US$16,252 million, climbing at a compound annual growth rate of 6.1% from 2017, demonstrating huge potential for cideries looking to make their mark in the increasingly competitive and highly-lucrative fast moving consumer goods sector.

One factor contributing to the growth of the global cider market is the increasing demand for gluten-free drinks and the popularity of low-alcohol beverages in Western markets where consumers are becoming increasingly health-conscious. That’s not to say all cider is good – it has a high sugar content, which has resulted in slower than expected market growth in some countries.

However, the rise in popularity in markets such as Asia-Pacific and Latin America simply cannot be ignored, especially as we head into new globalised times where investors rethink their once Western-centric attitudes towards market penetration and expansion…

Although once considered to be a sophisticated Western drink, the growth in Latin America’s cider sector can be thanked for the territory’s strong agricultural background. Latin America is a net food exporter and is responsible for 13% of the world’s agricultural trade, putting it at an advantage when compared with Europe or the United Kingdom, for example, who are amongst the biggest cider drinkers in the world.

Although some of LATAM’s most popular food exports include soybeans, beef and sugar, Chile is considered the eighth biggest apple producer in the world, responsible for 1,766,210 tonnes of apples in 2017 alone.

Brazil is not far behind in 11th place, producing 1,300,943 tonnes in the same period, which puts those markets at a unique advantage – they can source high-quality raw materials at a fraction of the cost of importing, and reduce the barriers to entry when diversifying into cider production.

Agrovida Ciders Chile, for example, situated in the Maule VII region of the country, recently diversified into the sector following immense growth and demand. It used its wine-making expertise to produce sparkling apple cider, adding an authentic Chilean twist on the popular drink for local and international markets. Their plant in the Region de Los Lagos is home to hundreds of apple trees, which all grow naturally with the country’s rainy and sunny climate, and no chemicals or expensive cultivation is required.

Alai Cider is another major player in the country, exporting bottles to buyers around the world, whilst Scott Jones is considered to be responsible for bringing craft beer and cider to Peru, launching the 100% natural apple cider Oltree Cider brand in the country to much success. The Argentinean La Farruca, on the other hand, has more than 100 years of experience in the cider industry with a background in technological evolution, utilising the special climate at the foot of the Andes mountain range.

Whilst the majority of cider produced in Latin America is designed for export, locals’ tastes are changing and demanding high-quality, low-alcohol beverages. In Argentina, cider is the most popular alcoholic carbonated drink during events like Christmas and New Year and is synonymous with the middle and lower classes.

Local brands such as Sidra la Farruca, Rama Caida, Saenz Briones & Co, and SAIC Company are not only finding success in their own country but are exported to other Latin American markets and are available in Miami, in the United States, through the Western reseller AmigoFoods, specialising in LATAM exports.

In Brazil, on the other hand, one of the most popular drinks during the Carnival Festival is Sidra Cereser, and as a result, the Cereser brand is now represented by Mercospirits, Inc in Illinois, distributing the delicious drink across the United States and other Western markets.

In markets such as Colombia, companies are revolutionising the cider industry and hiking the popularity of the drink in the process. Great British Ciders is considered the first company to bring cider to Colombia back in 2014, and has seen an average growth of 10-25% a month since its launch.

Golden Lion Cider, on the other hand, is a popular Colombian cider brand, with British inspiration, and sells itself on using 100% South American apples, and being gluten-free to appeal to a health-conscious, millennial audience.

Available across Colombia at select restaurants and bars, the artisan cider brand is growing in popularity across the region and is another example of a home-grown success story in today’s competitive FMCG market, where businesses cannot afford to stand still whilst foreign competitors infiltrate.

Businesses and investors outside of markets such as Colombia can also benefit from cider’s rising popularity, with significant opportunities to export craft beer to Latin America. With increasing transpacific ties, new free trade agreements, existing expertise in the market, and a growing middle class demanding luxury goods and services, it pays to make the leap.

Mexico: bubbling away in the industry

Another key player in the Latin American cider sector is Mexico, with brands such as Zemilla Mexican Hard Cider being exported to New York City amongst others as consumers around the world look to try exotic new cider flavours and experience a different beverage.

Western brands are increasingly turning their attention towards markets like Latin America to appease the growing demand for artisanal and unusual flavours and combinations in high-end bars and restaurants, and online through subscription-based craft beer and cider boxes.

On a local level, Mexican entrepreneurs and investors can benefit from the country’s changing attitude towards drink. Mexicans are expected to consume 70 litres of alcohol on average per person in 2019, and with a rising middle class and appealing new brands and flavours, there are real opportunities in the Mexican alcohol industry.

Pair that with the ease of entry, with a young population and the rise of microbreweries and liquor stores, importing beer and cider into Mexico is an attractive option for many foreign cideries and breweries. 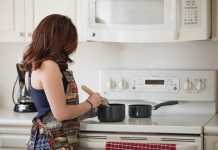 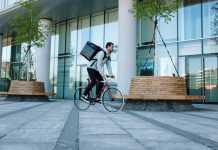 Hanging on a cliff on the idea of food delivery app development? Not anymore! 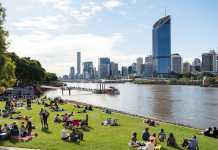