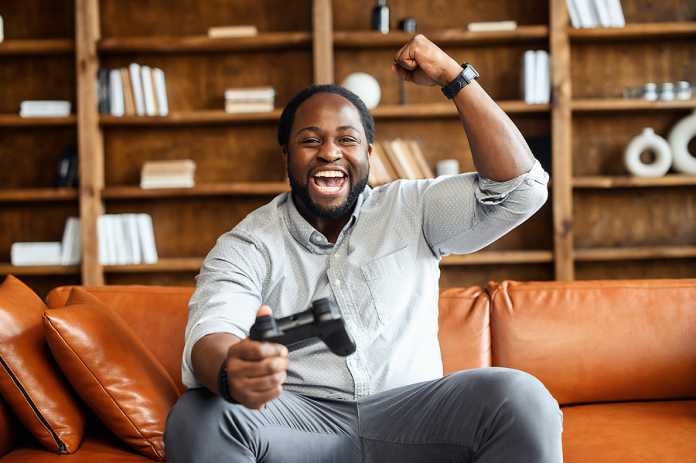 You know your genre, but you don’t know which game you should play. Here are some real-time strategy games we provide you. Take a look at this article.

In the early 1990s Brett Sperry, an American video game designer created a real-time strategy game called Dune II. Real-time strategy games allow all gamers and players to play a game in real-time together. But Turn-based strategy (TBS) games, on the other hand, require players to take turns playing. Among thousands of types of games, creators just think about their goals and target audience.

These days that lots of real-time games are accessible, the Ex-Blizzard leaders are going to raise $9.7 million to Create New Real-Time Strategy Game. They make a real-time strategy game for players to have fun and enjoy gaming.

One of the RTS games that Blizzard created is Starcraft. Protoss, Zerg, and Terran as the primary races are back. As always they assemble your armies, acquire resources, and defeat your opponent. As a player, you have freedom of choice to play as Zerg or Protoss.

Just focus on winning; because winning is a never-ending fight to outsmart your opponent via scouting their facilities and seeking to counter it. You can have a fantastic time playing this game.

It’s a fantasy RTS game made by Blizzard. Warcraft 3 puts you to control a group of units and buildings to achieve a manifold of goals. The Frozen Throne adds new buildings and units including a player-controlled shop, and a new hero, such a powerful one which you can only recruit once. Besides the cost of buildings that has decreased, a lot of units have their weapons and armor.

Another real-time strategy game is Halo War 2. Microsoft Studios published this game. The sequel to Halo Wars. Halo Wars 2 is a military science fiction game. You are able to command armies to watch out the battlefield. Humanity’s military arm and the banished are two playable factions.

Every unit has at least one capability in addition to regular attacks. Once you have prepared enough resources and reached control over areas of the map, you can build additional bases and you are allowed to grow your army too.

You can use a gamepad or mouse and keyboard while you’re playing.

It has two parts: the first part focuses on American soldiers, and the second part follows the uses of the Russian army battling the Nazis in Stalingrad.

You are a military commander from a house of your choice. And in the first few missions, you should establish a base on the empty territory of Arrakis, to harvest apices, and to crush intruders. After three houses divide Arrakis among them, you need to attack and catch the enemy’s territories. To reach the endgame, nine territories you should fight and irrespective of house.

Also reading Frank Herbert’s book can be helpful for you during your play.

Ensemble Studios made and Microsoft released this game. The first thing you need to do is to build buildings from your current age and then pay a sum of food, gold, and resources; to finally allow a new age to unlock new units, technologies, and structures.

Gender is no different in this game; they are called villagers and they have the same abilities. They all are used to gather resources. And your aim as a player must be to gather resources, build towns, create armies, and defeat your enemies.

It’s good to know that Age of Empires II: Definitive Edition was released in November 2019.

The Lord of the Rings: The Battle for Middle-earth

It is another RTS video game built by EA Los Angeles for Microsoft Windows. All you need to do is gather resources after that utilize them to establish military bases and soldiers. You better know that units are limited and gain experience and levels and become more difficult and dangerous. Heroes are unique. And most heroes’ abilities need experience levels to show.

On March 2, 2006, developers released the sequel, The Lord of Rings: Battle over Middle-earth II.

You should notice that it would be difficult to find a copy of either game for sale.

Blackbird Interactive developed and Gearbox Software published this real-time strategy video game. It is a prequel to the 1999 space-based RTS game Homeworld. The deserts of Karak are beautiful, powerful, haunting, and intense. And unlike the earlier games that had two different races, In this version, all the clans in the Deserts of Kharak the previous game are Kushan, although they operate differently and have separate appearances. Deserts of Kharak is a spin-off in that it departs from the background included in the Homeworld Manual: Historical + Technical Briefing booklet, which was included with the original Homeworld.

The thing all developers agreed on is that they have more satisfied users. So they try to make their product, game, or business better and more handy day by day. Nowadays, everyone has a way to make their life more useful.

Real-time strategy games are also changed as time pass. The thing is when you know your genre, no matter which technology you use, facial or voice recognition, gesture controls, virtual reality, high definition display, wearable games, or augmented reality, etc; or which types of games you like, sports games, action games, adventure games, action-adventure games, or strategy game, etc. You should enjoy it while you’re gaming.

Ayla Anderson is an avid reader and an enthusiastic blogger who writes articles on home improvement, business, Family and beauty. She is also an MBA student who spends much of her time giving advice to newly small businesses on how to grow their businesses. You can follow me on Twitter.