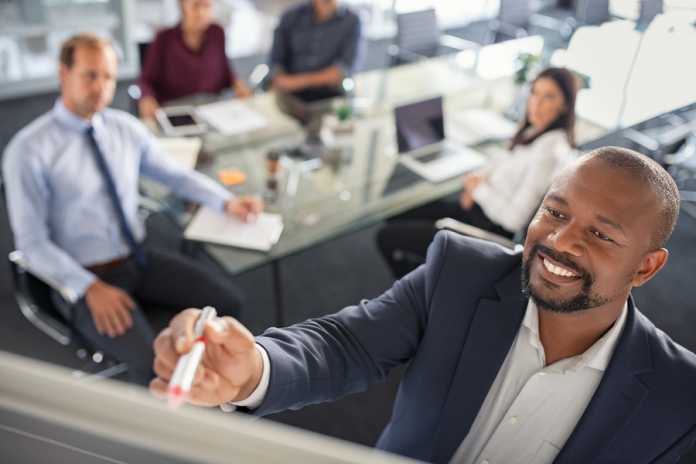 The movers, shakers, and innovators of the business world are those with the entrepreneurial spirit for success and a talent for finding economic opportunities where nobody else had looked before. The very nature of the business community means that the next Elon Musk is hiding just around the corner.

Here are the 5 picks for successful entrepreneurs that you should keep and eye on in 2020 and beyond:

Alessandro Rocco Pietrocola is the CEO of Astorts Group, and is a successful entrepreneur based out of London who operates businesses all around the world including in Eastern Europe, Asia and the Middle East. His main areas of business are bonds issuing/listing and financial licence processing (including cryptocurrency exchange, insurance brokerage, hedge fun management, asset management, Forex, API, PSP, E-money and money remittance), as well as wealth management in countries all around the world for over 15 years.

Alessandro Rocco Pietrocola advises several companies around the globe and holds his primary position as CEO of the professional management consulting firm Astorts Group, based in London. The company has subsidiaries around the world including in New York, Moscow, Singapore, Dubai and Hong Kong.

Alessandro Rocco Pietrocola is also the CEO and main partner of Pietrocola Holding – a holding company based in London and Riga that has its main interests in software and apps development, financial regulated firms, paralegal firms, luxury real estate, as well as web media firms.

As a corporate manager and advisor, Alessandro has extensive experience directing companies across a range of industries. His experience working across several economic regions and jurisdictions around the world gives him a unique global perspective that’s invaluable when working in an increasingly interconnected planet-wide economy.

Donovan J. Greening is the founder of Greening Corp – a full service digital marketing agency that specialises in delivering services like SEO (search engine optimisation) and social media management to US-based law firms, helping them generate millions of dollars in revenue by attracting high-profile cases. Donovan started the company when he was just 15 years old, and that was after he had already been managing another digital marketing firm XVTech that specialises in social media and web design.

Donovan J. Greening got the idea to start XVTech while he was creating music videos in his spare time for less-well-known music and discovered that his work was increasing the popularity and spread of the music exponentially via his YouTube channel. Seeing first hand the power of digital media, Donovan’s entrepreneurial spirit kicked in and he knew that he had a highly profitable business idea on his hands – and the rest is history.

Donovan J. Greening is a highly skilled digital marketer who has sacrificed a lot of free time to improving his businesses and expanding his own skill sets. He does all this while still studying full time at Bowling Green State University, making all of his professional exploits even more impressive to behold.

His ability to quickly turnaround a businesses’ fortunes via the power of digital marketing and generate large sums of money is an incredibly awesome feat at such a young age. Donovan quickly dispels any doubts about his experience when you see how impactful (and profitable) his consultancy work is.

Yazz Nasir is the founder and the CEO of UK-based music label ‘Ghost Recordz’ and he has extensive experience in artist management and songwriting. He has an impressive portfolio of past work and has recently signed twin-brother musical duo Khantwinz.

Yazz Nasir also manages several models, artists, and social influencers through his company. He is definitely in-touch with his entrepreneurial spirit, passionately helping young people breakthrough and find success where others were blind to the opportunity. Yazz Nasir is also a ghost-writer and has written songs for many successful and well-known artists.

He started his journey as an entrepreneur at the age of just 18 where he took his first steps into the chaotic and high-pressure world of real-estate. After 10 years in that industry, Yazz Nasir was ready to make a change, while keeping some ties with the property sector to this day.

Having started at such a young age, Yazz Nasir didn’t waste any time building his career and earning invaluable experience that’s undoubtedly going to make him someone to watch in 2020.

Gerard Adams is a budding US-based entrepreneur and the co-founder of the millennial-targeted news site Elite Daily – which was sold to Daily Mail back in 2015 for a cool $50 million USD. Gerard also contributes frequently to Entrepreneur Magazine and started a company in New Jersey called Fownders, a non-profit business that helps by mentoring local startups, helping to create what Adams calls a “startup ecosystem”, based on the model of Silicon Valley start-ups.

Adams also runs a successful online show called ‘Leaders Create Leaders’ which started as a result of him travelling around the USA for 8 months speaking with business leaders and fellow entrepreneurs that he thought were inspiring.

Thomas Despin is a 28-year-old French entrepreneur that has spent that last 3 years living on a tiny private island in Indonesia and is focused on innovating ways for people to connect more with nature, hence the founding of his company Reconnect. He writes a blog where he updates readers on his experiences on the island and the development of the Reconnect project.

Reconnect allows people to book a stay at Buka Buka Island where they can have an authentic and impactful experience that allows people to truly reconnect with nature with a focus on promoting sustainability. Thomas wants his guests to enjoy the unmatched tranquillity of the island while also helping work with locals to sustain the paradise in an ethical way.