Elliott Marc is the owner, and former director of Indie Advertisers, an advertising agency that has worked with over six hundred game developers and is well known amongst the game development community. Mr Jones created the company using the funds from the highly successful game he published in 2016, which now has over 100,000 owners on the Steam store, and was the highest rated game on IndieGameStand from July 8th, 2016 until the site closed in the summer of 2017. Elliott has been based in Taipei, Taiwan since 2015.

How is the Aussie indie game development scene changing?


Most indie game developers rely on the Steam gaming platform to make their games financial successes, this is due to Steam’s large user base. However, in the last year the way developers release games to Steam has changed, which has resulted in a rush of new games to the Steam marketplace. As there are now literally hundreds of additional games launching every day, it is no longer as easy as it used to be for developers to make money via the platform. This new system favours developers who release smaller games, as these developers can launch more games per year and they are usually less dependent on just one of their games being a financial hit. Unfortunately, most indie developers in Australia are not creating multiple games each month, and usually focus on just one big title for a year or two. Because of this trend to create triple A indie games in Australia, Australian developers will likely have to look for new platforms to release their games to, as Steam will likely not be a viable option for them. Many devs are moving to the Nintendo Switch.

How is your company adjusting to the new way games are released on Steam?

Since most of our customers are releasing more games per year now and are earning less from each game they release, it made sense for us to lower the price of our advertising packages. In the past our main package cost £500 GBP ($897 AUD), but now it costs just £100 GBP ($179 AUD). Despite lowering our prices, our profits are up significantly when compared to May of 2017. Our packages are still as effective as before.

The last game you created was a success, do you have plans to create another?

In my opinion, the game development scene is too volatile for me to rely on. I have to support the lifestyle me and my partner have become accustomed to, and I can’t travel to new countries each month whilst relying on the income of an unreleased game. In my spare time, I can see myself working on a new game, but I certainly wouldn’t spend all my available time on it. Right now I’m focusing on improving my growing investment portfolio.

Make a living by raising chickens: An Interview with Blue Star Ranch 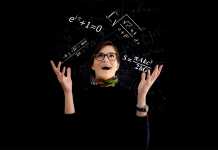 Celebrity
Who is that new couple spotted in Tinseltown? Why, it’s Aquaman star Amber Heard and cinematographer Bianca Butti. An insider confirmed that the pair are...

Nickelback tours to celebrate “All The Right Reasons” 15th anniversary

Entertainment
Nickelback will be heading back on the road in celebration of the 15th anniversary of their hit album “All The Right Reason”. The Canadian rock...

How graphic design agencies achieve results for their clients

Haim Deri talks about engendering safety in a new generation of...

Ayesha from Jeunifique talks about her quality skincare products