Camila Cabello has returned from a brief sabbatical away from social media and has now opened up why she took a break.

Cabello recently returned to her social media platforms after a week off them to do a little bit of self-reflection. This is not uncommon as celebrities usually do this for a myriad of personal reasons.

Last February 4, Cabello posted a new shorter hairstyle, a sign that a person just went through something difficult in their life and is their way to tell the world that things are going to change for the better.

hello!!!! usually when I take these breaks from social media, it’s cause I need some space or time away from it – I think it’s healthy to know when you need time for yourself- that’s been my biggest thing I’ve worked on this year so far is to listen to my intuition and what my mind and body need!!!! When I feel overwhelmed or overstimulated I’m like…. ok I need to give myself a little room to slow down. but I miss and love you guys!!!! I’m in London right now working on Cinderella and I’m having the time of my life TBH 🥺 here’s a picture behind the scenes of a music video that’s coming out very very soon… how are you guys doing?! How’s life!! How are your hearts! I’ll read some of the comments and reply 💕💕💕💕💕💕

Aside from the photo, the pop star caught up with her fans on the goings-on in her life, explaining that whenever she takes breaks from social media, it is because she needs some space and time away from the internet and people. Cabello explained that she thought it is healthy to know when you need to take a break and give time for yourself and is the biggest thing that she had worked on for her personal growth as a person. The singer also shared that she has started to listen to her intuition more especially with what her body and mind need. Cabello says that now she knows that it is okay to give herself some breathing room and slow down whenever she gets overwhelmed by things.

Cabello also said that she was in London at the time of her Instagram post working on Cinderella, an upcoming movie that she is part of. She also shared that she will be dropping a music video for My Oh My, her new track which was just uploaded on YouTube today.

The former Fifth Harmony member said that she was having a blast on the set of Cinderella and had shared behind-the-scenes photos of her My Oh My music video, and it seems like she is in very high spirits.

But of course, when it comes to celebrities taking breaks from the internet, speculation just like mold, starts to grow in dank corners, like Cabello’s break was probably because of the recent kafuffle she had when she received a tremendous amount of backlash due to racist comments she made on her old Tumblr account was dug up and spread online. This led to the singer to post lengthy apologetic messages on her social media platforms for her past ignorance when she was younger. Again, these are just speculations but it does warrant a look at for the people who are into these kinds of sleuthing.

Nevertheless, Cabello is still one of the hottest commodities we have in music today and it seems like her momentum is still going strong with her self-reflective actions and her amazing music supported by the millions of fans she has across the world. 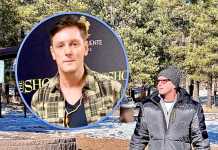 Planning to bring your family to Australia?

Halsey claps back at Grammys during her AMA acceptance speech

Billie Eilish get real about body dysmorphia and self-harming struggles